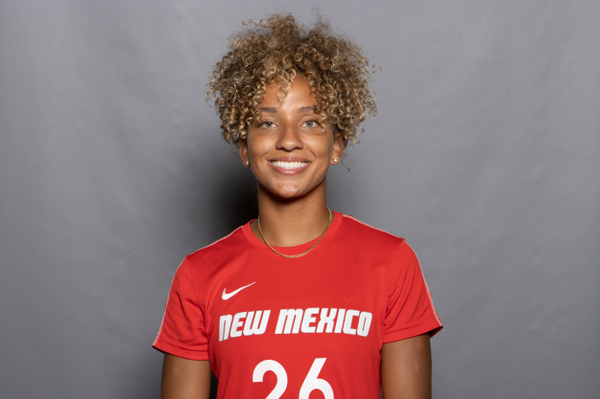 JUNIOR (2020): Played exactly 1,000 minutes on the season, starting all 13 matches … recorded three goals and three assists on the season, tying for third on the team with nine points … named First Team All-Mountain West … made her biggest impact in the Mountain West Final, giving UNM a 2-1 lead in the second half and then scoring the game-winning goal in overtime to give UNM a 3-2 win and the Mountain West title, sending UNM into the NCAA Tournament … also had a game-winning goal against Utah State in a 3-0 victory … had assists against Colorado State in both matches as well as against TCU in the second round of the NCAA College Cup … named Mountain West All-Academic and Mountain West Scholar-Athlete.

FRESHMAN (2018): Played in all 21 games, started in nine … netted three goals and two assists on the season for a total of eight points … scored the game-winning goal on October 26 as the Lobos defeated SDSU 3-1 … played a career-high of 98 minutes on November 1 in UNM’s 2-1 victory over Wyoming … saw a total of 1,090 minutes on the field.