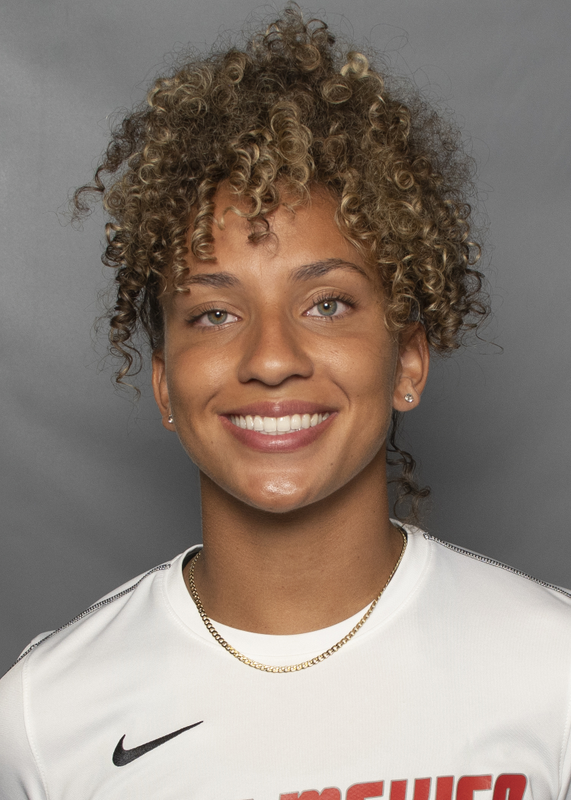 Third-team all-region selection by the United Soccer Coaches…named a first-team Academic All-American by College Sports Communicators for the second straight season…first-team all-Mountain West selection…named a Mountain West all-tournament team selection…led the team and ranked second in the conference with eight goals scored…tied for the team lead with four assists…led the team and ranked second in the conference with 20 points, which was 14th-most in UNM single-season history…started all 19 matches…led team and the conference with 81 shots taken, which was the fourth-most shots in UNM single-season history…led the team with an average of 0.42 goals per game…completed fourth-career hat trick with three goals on Aug. 21 in UNM’s 4-2 win over CSU Bakersfield…scored two game-winning goals…had a season-high seven shots in three different matches…had a season-high four shots on goal on Oct. 16 against Nevada…played a season-high 110 minutes on Nov. 2 against San Jose State…totaled 1,482 minutes on the season for an average of 78.0 minutes per game…academic all-district selection for the second straight season…helped the Lobos to their third straight Mountain West regular season title.

Played in all 21 games, started in nine…netted three goals and two assists on the season for a total of eight points…scored the game-winning goal on October 26 as the Lobos defeated SDSU 3-1…played a career-high of 98 minutes on November 1 in UNM’s 2-1 victory over Wyoming…saw a total of 1,090 minutes on the field…helped the Lobos to the Mountain West regular-season title.

Edwards was an all-state player for Jackson High School after scoring 18 goals and adding 17 assists her senior season … She was selected the 2017 Everett Player of the Year … Named All-Wesco First Team her sophomore, junior and senior year (second team as a freshman) … Helped Jackson win the District and Wesco championships from 2014-17 and to a second-place finish at state in 2014 … Played club for Greater Seattle Surf and helped the team be a 2017 State Cup Finalist … Owns a 3.9 GPA and was Gold Honor Roll all four years in high school.

Edwards on choosing UNM: “I chose to play soccer at The University of New Mexico because I could tell the atmosphere of the team was something I wanted to be a part of. I have wanted to play at a competitive collegiate level and I know UNM will fulfill that. The change in weather was also a huge plus. Most importantly, the health science program at this school is great. I am excited to be a Lobo!”