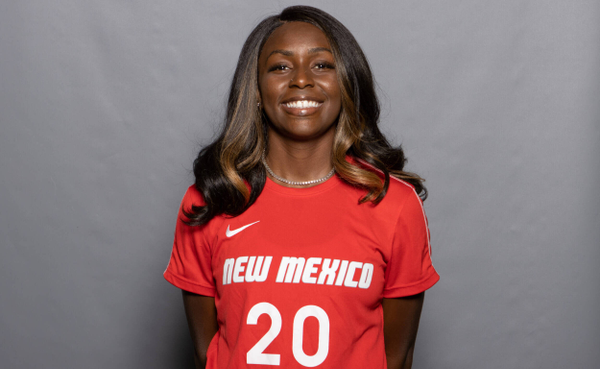 HIGH SCHOOL:  Attended Albuquerque High School where she was named Second Team All-State, First Team All-District (twice) and was the leading goal scorer at AHS as a freshman … was named Player to Watch her junior and senior years and has registered an astounding 57 goals and 21 assists at the time of her signing … also served as the Black Student Union President and has lettered in soccer, basketball and track and field … at the club level, she has also competed for AUFC, Classic FC and Sting.