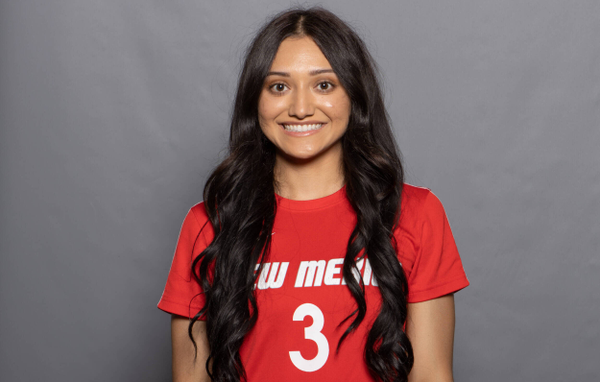 JUNIOR (2019): Finished second on the team with 16 points on seven goals and two assists … finished tied for fifth in the Mountain West in goals (7) … finished ninth in the conference in goals per game (0.35) … tied for ninth in the league in points per game (0.80) … notched three gamewinners to tie for fifth in the MW … finished the season with a team-best 61 percent shot on goal percentage, landing 25 of 41 shots on goal … named Mountain West Offensive Player of the Week on Oct. 7 … named to the 2019 Academic All-Mountain West Team … ranked 24th in the nation in shot accuracy (0.61).

FRESHMAN (2017): Named to Academic All-Mountain West Team … played in 20 of the 22 games for UNM, starting in two … clocked 617 minutes … earned her first collegiate minutes on August 18 against San Francisco … her first start was against UTEP on August 27 … had 16 shots during the season, 9 being on goal … assisted the game winning goal in the August 20 game against Grand Canyon.

HIGH SCHOOL/CLUB: Baker was a first-team all-state player for Rio Rancho High School and coach Uwe Balzis her senior season … was also named first-team all-metro and all-district as a senior … led the team in goals in each of her four seasons playing for Rio Rancho … as a junior was named first-team all-district and district player of the year while leading the Rams to a district title … as a sophomore helped Rio Rancho to a Class 6A state runner-up finish, a Metro Tournament championship and a district title while being named second-team all-state and all-district … was named second-team all-district as a freshman … also lettered in track for three years and was part of a medley relay state championship team … a member of the honors society and is a DECA student … played club for Rush ’99 in New Mexico and helped the team to the 2016 New Mexico State Cup title … participated in ODP in New Mexico from 2011-15.