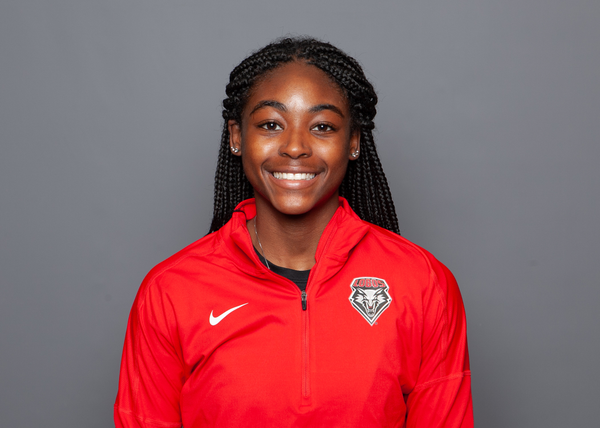 Indoor Track and Field (Junior): Part of UNM’s Mountain West champion distance medley relay team, running a leg of the 11:10.33 minute time on Feb. 26…also earned all-conference in the 400 meters, with a second-place finish in a time of 52.60 seconds…competed in five meets during indoor season.

Indoor Track and Field (Sophomore): During debut indoor season with the Lobos competed in the Texas Tech Matador Qualifier…finished third in the 400 meters with a time of 55.57 seconds.

Outdoor Track and Field (Canceled-COVID-19): Did not compete.

Indoor Track and Field (Sophomore-COVID-19): Ran in three races individually for the Shockers … Anchored the Shockers’ 4X400-meter relay team that scored a team point in eighth place … Finished sixth in the 200 meters at the Air Force Team Challenge … Finished her only open 400 meters race with a time of 58.29 at the Gorilla Classic … Did not finish the 400 meters at the Triangular.

Indoor Track and Field (Freshman): Competed in five meets, recording eight top-5 finishes…Started the season at the Hawkeye Invitational, finished third as a member of the 4x400m team that clocked in at 3:48.44…Was part of the 4x440yd team that won the Air Force Invitational with a time of 3:51.84…Recorded two second place finishes as a member of the DMR and 4x400m at the Fourth Annual Gorilla Classic, 4x400m team ran the sixth fastest time in Shocker history of 3:44.51 and the DMR recorded the 10th fastest in 12:00.18…Earned all-conference honors as a member of the championship DMR team that clocked in at 11:32.19, the third fastest time in school history…also recorded the third fastest indoor 400m finishing sixth with a personal best time of 55.33 at the American Athletic Conference Championships.