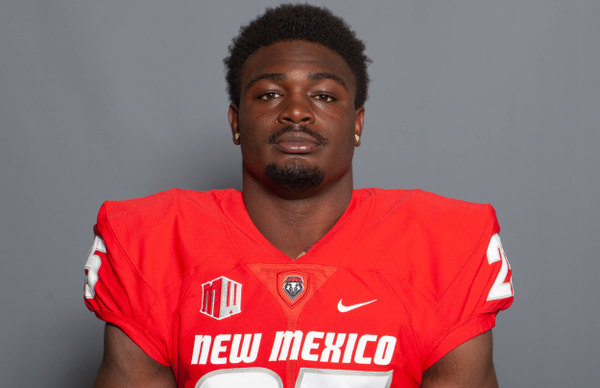 2020 (Freshman Season): Played in six games, and he finished second on the team in rushing with 232 yards … finished second on the team with four rushing touchdowns … rushed for a career-high 96 yards in his collegiate debut, at Hawai’i … scored his first career touchdown on a 41-yard rush … rushed for 11 yards against Nevada, but returned three kickoffs for 78 yards, including a 34-yard return … had a big game against Wyoming, scoring UNM’s first touchdown, rushing for 55 yards in a 17-16 win … had a career-high two rushing touchdowns against Fresno State in a 49-39 win.

High School: Lettered in football at St. John’s Bosco High School for coach Jason Negro, helping it to a 13-1 record and a No. 1 state ranking … played at prep powerhouse that won state title, with nine of 13 wins coming against Top 100 ranked schools … rushed for 598 yards on 103 carries, scoring 5 touchdowns with a long run of 63 yards as a senior …named Second Team All-Orange County by the Orange County Register.

Personal: Is majoring in business administration … birthday is March 7, 2002.