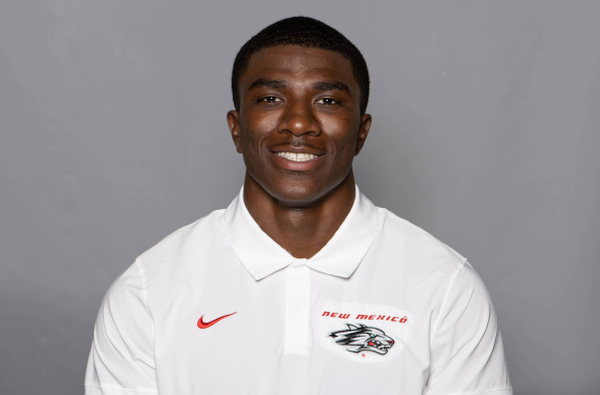 2021 (Senior Season): Started all 12 games at safety … led the team in tackles with 89 … tied for the team lead with seven PBUs and also recorded one interception … named honorable mention All-Mountain West … had three games of double-digit tackles, including a career-best 14 tackles against Air Force … had 13 tackles against Colorado State and 12 agianst UTEP … recorded two PBUs against both UNLV and UTEP … had PBUs against Houston Baptist, New Mexico State and Fresno State … intercepted a pass against New Mexico State … had eight tackles against Texas A&M and Boise State.

2020 (Junior Season): Started five games and played all seven … named First Team All-Mountain West at safety … finished fourth on the team in tackles with 33 and led the team in interceptions with four … finished first in the Mountain West in interceptions and tied for eighth nationally in total interceptions … finished fifth nationally in interceptions per game … also broke up three passes, recorded a TFL and had one fumble recovery … had seven tackles with a tackle for a loss in the season opener against San Jose State … had three tackles but picked off a pair of passes in the first half against Hawai’i … had eight tackles, an interception and a pass breakup against Nevada … recorded a fumble recovery along with three tackles against Air Force … had an interception against Wyoming, his fourth pick of the season … finished the year with a season-high nine tackles including seven solos with a pass breakup against Fresno State.

2019 (Sophomore Season): Started and played in 10 games at safety … recorded 51 tackles, fifth-most on the team and the most among non-seniors … added 3.0 tackles for losses of six yards, one quarterback hurry, one pass breakup and one interception … his interception opened up UNM’s win over New Mexico State, running it back 43 yards for his first touchdown and the opening score of a 55-52 win … Reed recorded a career-high 10 tackles against Liberty, including seven solos … followed that up with nine tackles, again with seven solos, against San Jose State … recorded five tackles in four different games, against Colorado State, Hawai’i, Nevada and Utah State.

High School:  Lettered in football at Olive Branch for coach Tyler Turner … as a senior had 99 tackles and seven for loss as Olive Branch went 12-2 and advanced to the third round of the 6A state playoffs … also added seven interceptions for 271 yards and eight kickoff returns for 120 yards … named First Team All-State by The Clarion Ledger.