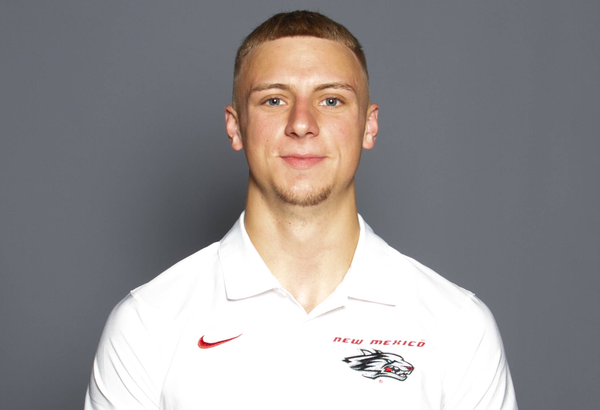 2021 (Redshirted Freshman Season): Played in all 12 games … recorded 44 tackles, the most for any player on the squad that didn’t start a game … added a half-sack, 1.5 TFLs for 10 yards, an interception, a pass breakup, a fumble recovery and two QB hurries … record multiple tackles in each of the final 11 games … recorded his career-high of eight tackles against San Diego State … had a six-tackle night against Boise State … recorded a TFL for six yards against UNLV, part of a four-tackle day … also had four tackles against Utha State and UTEP … had a half-sack for four yards against Wyoming … recovered a fumble against Wyoming, setting up UNM in the red zone … had a key interception against New Mexico State, along with a pass breakup … recorded hurries against Colorado State and UNLV.

High School: Lettered in football and baseball at Volcano Vista High School … recorded 61 tackles as a senior with 9.0 TFLs and 3.0 sacks … also caught three passes on offense, including a touchdown.