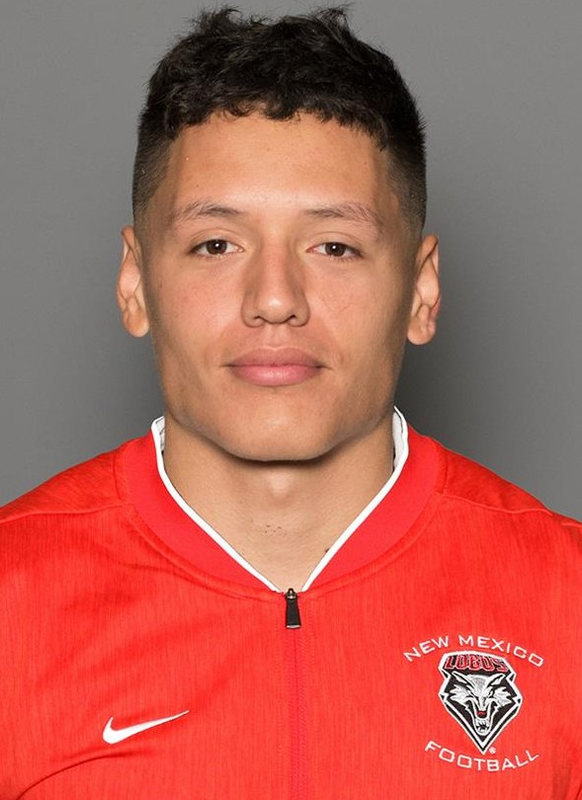 2017 (Redshirt Sophomore Season):  Started and played in all 12 games at outside receiver … was fourth on the team with nine receptions, and 182 yards … had a season-high two catches against Fresno State, and followed that up the next week with two catches against Colorado State, including a season-long catch of 47 yards … had a 42-yard reception against Abilene Christian, one of two 40-yard catches on the season.

High School: Lettered in football at Americas High School for head coach Patrick Melton … caught 50 passes for 888 yards as a junior, his final full-season as a non-quarterback … averaged 98.7 receiving yards per game, and had seven touchdowns through the air, including a long of 80 … also rushed the ball 37 times for 292 yards with three more scores … also managed to go 6-for-10 passing with two touchdowns … during his senior season he was primarily a quarterback, going 84-for-169 for 1,561 yards and 12 touchdowns with just five interceptions … rushed for 1,255 yards with 14 more touchdowns … had seven 100-yard rushing games as a senior … also caught two touchdowns on four receptions, giving him 28 touchdowns responsible for as a senior … also served as his team’s punter as a senior, averaging 36.3 yards per punt.

Personal: Full name is Q’ D’Angelo Drennan … his parents are Chris and LaDonna Drennan … has four brothers, Jason, Romeo, Sir’Christopher and Cae’sar, and three sisters, Skyler, Leigha and Alex … birthday is March 18, 1997 … graduated with a degree in liberal arts and is now working on a master’s in educational psychology.