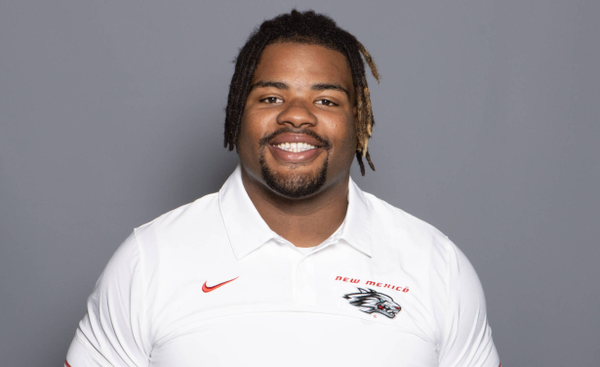 2019 (Redshirt Sophomore Season): Played in 10 games, starting the final two at nose tackle … recorded eight tackles on the season … had a career-high four tackles against Air Force … also had a pair of tackles against Hawai’i … had single tackles against Liberty and Colorado State.

High School:  Lettered and started for three years at Logansport for coach Kevin McGee … named First Team All-State and First Team All-District … helped Logansport to the Class 1A Louisiana State Championship in 2016, played in the Mercedes-Benz Superdome … as a junior recorded 92 total tackles, 36 tackles for a loss and 7 sacks … played on both sides of the line … rushed for 40 yards as a Wildcat QB in the quarterfinal game of his senior year … chose the Lobos over ULM and TCU.

Personal: Full name is Langston LaClark Murray … his mother is Jamecia Murray and his grandmother is Patricia Murray … his birthday is April 20, 1999 … majoring in business.