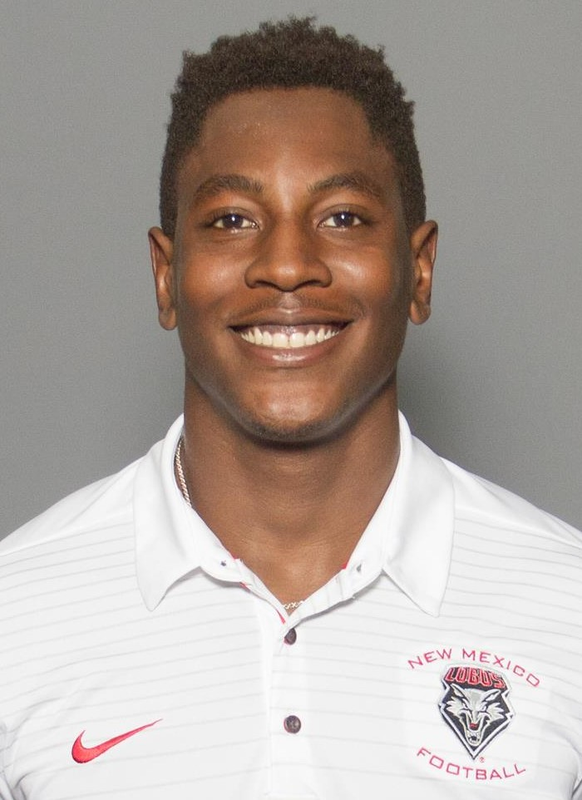 New Mexico: Strong coverage corner that is also a sure tackler.

2017 (Junior Season): Played and started all 12 games at corner, finishing fourth on the team in tackles with 53, and second on the team with 10 pass breakups … also had a half tackle for a loss … had a career-high of eight tackles, along with a pass breakup, against New Mexico State … also scored two points when he returned a botched snap on an extra point 83 yards for a two-point defensive conversion … had a career-high three pass breakups in the season opener against Abilene Christian … had two breakups against Utah State … recorded seven tackles at Texas A&M and six at Tulsa … had five tackles against both Air Force and Colorado State.

High School: Lettered at Patriot High School for coach Chris Fowler … recorded 79 tackles over his last two seasons, along with a forced fumble, a fumble recovery, an interception and a blocked field goal … also played on offense, rushing for 1,163 yards of those two season and catching 59 passes for 714 yards … scored 20 touchdowns in his career and added three two-point conversions … named First Team All-Conference and All-County as a junior and senior.

Personal: Full name is Jalin Danté Burrell … his mother is Patricia Ann Tyler, and has a sister, Ariana … his birthday is September 20, 1996 … majoring in liberal arts.