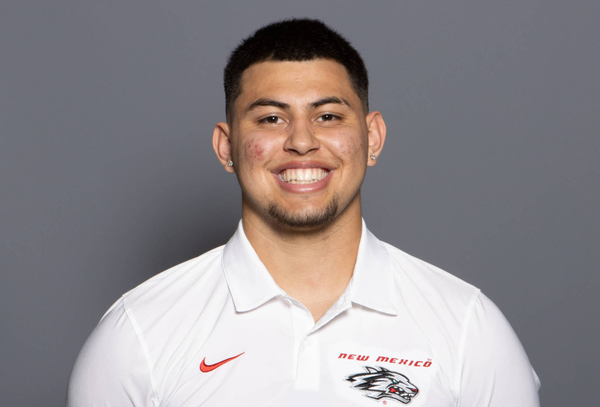 2021 (Redshirt Freshman Season):  Played in five games with four starts, throwing for 161 yards and two touchdowns with one interception … went 17-for-24 passing on the season … missed the first six games of the season with an injury … went 1-for-1 against Colorado State in his first appearance of the season … earned his first start of the season against Wyoming, leading UNM to a 14-3 win … went 10-for-11 against Wyoming for 112 yards and a touchdown, and he rushed for 49 yards on 16 carries as well … earned Mountain West Freshman of the Week honors for his efforts … set a Lobo record for completion percentage in that game at 90.9% … was a perfect 3-for-3 against UNLV before an injury knocked him out in the second quarter … had a season-long 21-yard rush in that game … suffered a season-ending injury against Boise State in the second quarter.

2020 (Freshman Season):  Played in two games, earning a redshirt … became the first freshman walk-on to start a game at quarterback for New Mexico, and was the first in over two years in the FBS … was credited with both wins … started the season as the fifth-string quarterback, and earned the nickname “QB5” after defeating Wyoming as the last quarterback left available on the roster … made his debut against Wyoming on some designed plays, but took over just before halftime due to an injury … was 19-for-28 on the season with two touchdown passes and he rushed for 111 yards an another touchdown … threw a 44-yard touchdown pass to Bobby Cole with just over seven minutes left for the winning score in a 17-16 win … earned the start in the finale against Fresno State and led UNM to its most points of the season and most points in a conference game since 10/6/2018 (50 against UNLV) … went 14-for-18 for 196 yards and a touchdown and rushed for 95 yards and a touchdown against Fresno State, winning Mountain West Offensive Player of the Week honors … hit Connor Kinslow for a career-long 49 yard touchdown pass … opened the scoring for UNM in that game with a 4-yard touchdown run … also busted out a 54-yard run in the contest.

High School: Lettered in football at Rio Rancho High School under David Howes … named the 2019 Gatorade Player of the Year in the state of New Mexico, leading Rio Rancho to the championship game … passed for 2,006 yards and 22 touchdowns as a senior …  also rushed for 1,407 yards and 21 scores, including 198 yards and four touchdowns in a 48-40 loss to Cleveland High in the state title game … also named 1-6A District Player of the Year … for his career he threw for 4,243 yards and ran for 2,268 with 77 total touchdowns.