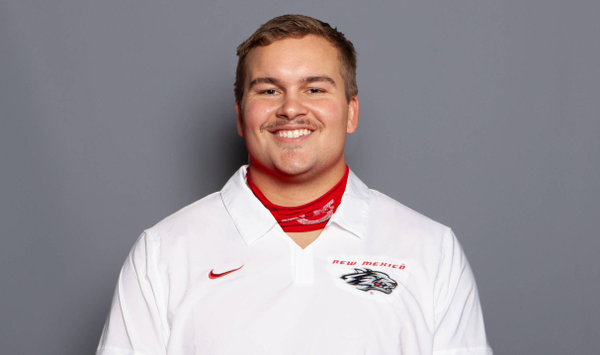 2020 (Senior Season): Played in seven games, starting one at right tackle … was UNM’s “sixth man” on the offensive line, moving to most of the tackle and guard positions … played 109 snaps, allowing just one sack on the season.

2019 (Minnesota – Redshirt Junior Season): Saw his first action of the season against Maryland.

Junior College: Spent one season at American River College where he started as a freshman … blocked for an offense that averaged 380.2 yard per game including 155.4 yards per game on the ground … led American River to a NCFC conference championship and a state championship appearance … started at Elk Grove High School in California, where he also lettered in baseball.

Personal: Son of Greg and Maryjo Davis … brother, J.D., plays baseball for the New York Mets … birthday is March 3, 1998 … is working on his public administration masters.