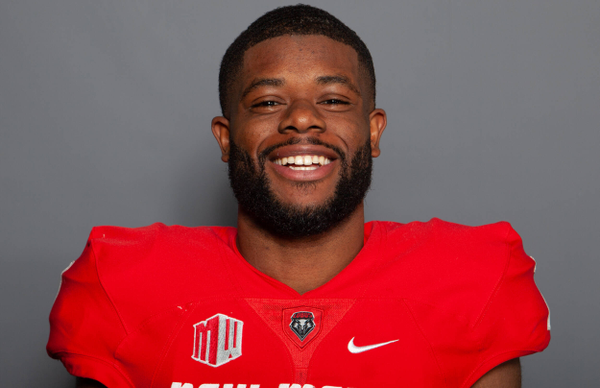 2019 (Redshirt Junior Season): Played in 12 games, starting nine … recorded 21 catches on the season for 272 yards, both totals third on the team … also had one kickoff return for 25 yards … had a career-high six receptions against Hawai’i, for a career-high 92 yards … followed that up with four catches for 64 yards against Nevada … had a three-reception game at Boise State, accumulating 31 yards … returned one kickoff, for 25 yards, in that game.

2018 (Redshirt Sophomore Season):  Saw action in 11 games, recording 16 receptions for 316 yards and two touchdowns, with a long of 56 yards … among receivers that lettered, he led the team with a 28.7 yard per catch … had a career-high three receptions for 77 yards against Air Force, including one catch for a career-long 56 yards … recorded touchdowns against San Diego State (12 yards) and UNLV (26 yards) … had two catches in five different games, against Incarnate Word, Wisconsin, New Mexico State, Colorado State and Fresno State.

2017 (Redshirt Freshman Season):  Saw action in 10 games, catching three passes for 59 yards … his first career catch went for a 14-yard touchdown against Boise State on ESPN … had a pair of catches against Fresno State, including a career-long 23 yard catch.

Personal:  Parents are Cyprian and Peace Umeh … has a brother, Osborn, and three sisters, Nelly, Lovet and Joy … birthday is December 12, 1997 … majoring in nursing.