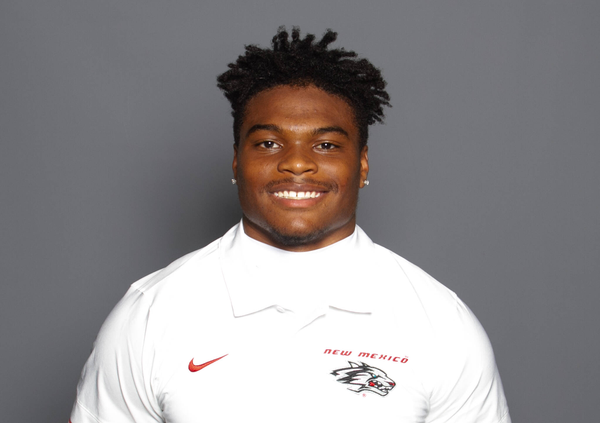 2021 (Freshman Season): Played in 11 games, starting five, missing only the finale … led the team with 658 yards rushing, and led all Mountain West freshmen in rushing … named overall and offensive team MVP … led the team in rushing nine times in his 11 games … opened his career with 57 yards on 15 carries with a long of 12 against Houston Baptist … had career highs of 23 carries and 143 yards against Fresno State … added a 1-yard touchdown and a 63-yard run, his longest of the season and UNM’s second-longest rush of the season … had a 92-yard game on the ground, including a long of 36 yards with 15 attempts … had 77 yards rushing against San Diego State with a long of 19 yards … scored his first career rushing touchdown on a 2-yard run against Wyoming.

HIGH SCHOOL: Lettered in football, wrestling and track at Americas High School for coach Patrick Melton … parents are Ron Dumas, Stacy Baldwin and Frances Dumas … led Americus to a pair of district titles … named Associated Press Class 6A First Team All-State as a junior as he rushed for 3,184 yards with 36 touchdowns, rushing for 100 yards in all 12 games … named District 1-6A Offensive MVP as a sophomore and was Associated Press First Team and TSWA Second Team Class 6A All-State as he rushed for 2,332 yards and 15 touchdowns … named to the 2019 Dave Campbell’s Mr. Texas Football Whataburger Super Team … played in 26 varsity high school games, rushing for 57 touchdowns and he had 26 100-yard rushing games … birthday is September 15, 2002.