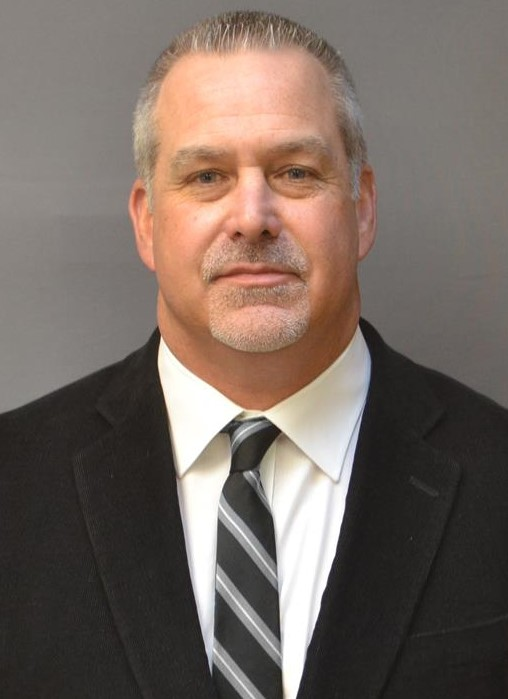 The 2022 Lobo corner room saw several true freshmen break into the lineup, but still turn in a terrific campaign.  Leader Donte Martin had six PBUs to move into a tie for fifth place on the career list, and both her and A.J. Odums picked off passes on the season.  Despite starting two true freshmen and playing three at times, the corners helped UNM to its lowest defensive passing yardage output in 15 years.

In 2020, the Lobo cornerback situation featured six different starters over the seven games, but UNM’s passing defense might have been the most improved from the start of the season to the end.  The Lobos over the last half of the season allowed just 187.5 yards per game in the air, and that total would have ranked 16th nationally.

In 2019, the Mean Green allowed just 410 yards per game, the second-best mark for the program in the previous five seasons.  His defense also recorded 30.0 sacks and 74.0 tackles for loss.  Three players were named to the All-Conference USA honorable mention squad, and a fourth was named honorable mention by Pro Football Focus.

In 2018, Reffett’s defense took a major step forward, holding opponents to 10.8 points per game less than in 2017 (24.2 ppg). The defense played a key role in helping the Mean Green to their second straight nine-win season and third consecutive bowl appearance. UNT intercepted 18 passes, which ranked fifth in all of FBS (18) and forced 22 turnovers (third in Conference USA). The Mean Green also ranked fourth in the league in defensive third-down percentage, holding opponents to just a 35.0 percent success rate.

In his first season in Denton, Reffett helped to oversee a defense that held opponents to 8.7 points per game fewer than the 2015 team. That turnaround in scoring defense was the 13th-best mark in the country. Reffett also coached second-team All-Conference USA safety Kishawn McClain, who led the Mean Green in tackles (91) and intercepted a career-high three passes.

He joined the Mean Green coaching staff after spending one season with Memphis as the cornerbacks coach.

At Memphis in 2015 the Tigers had 12 interceptions en route to a 9-4 season and a berth in the Birmingham Bowl. Prior to joining the Tigers, Reffett spend six years with ULM.

All told, Louisiana-Monroe ranked in the top four in the Sun Belt Conference in 10 defensive team statistical categories. The Warhawks led the Sun Belt in total defense, allowing 373.3 yards per game. ULM also led the SBC in third down percentage defense, quarterback sacks and tackles for loss. The team’s 26.3 points allowed per game ranked second in the SBC. ULM had two players named to the All-Sun Belt Conference First Team Defense at the conclusion of the 2014 season.

In addition to serving as ULM’s defensive coordinator, Reffett coached the Warhawks’ corners since the team’s appearance in the 2012 AdvoCare V100 Independence Bowl.

Louisiana-Monroe’s defense led the Sun Belt and ranked 25th nationally in red zone defense (.767) in 2013. The unit also ranked second in the Sun Belt and 10th in NCAA in fourth down conversion percentage defense (.333). Against Texas State, senior safety Isaiah Newson became just the fourth player in FBS history to return two interceptions for touchdowns of 70 yards or more during the 2013 season. ULM had a player at each level of the defense earn All-Sun Belt Conference honors.

Under Reffett’s direction, the 2012 Warhawk defense led the Sun Belt in interceptions (16) and ranked 20th in the NCAA. Meanwhile, ULM finished third in the conference and 39th nationally in rushing defense (142.2 ypg). The squad also finished third in the Sun Belt and 33rd nationally in turnover margin (.540). The Warhawk defense held four opponents, including No. 8 Arkansas, below 100 rushing yards during the season. Three Warhawks earned All-Sun Belt honors after the team’s record setting season in 2012.

In 2011, the Warhawk defense finished ranked number one in the Sun Belt in both rushing defense (100.0 ypg) and total defense (326.2 ypg). The 100.0 rushing yards per game was a new Sun Belt record and it marked the third season in a row that ULM led the conference in rush defense. The club finished tied for third in the conference in sacks with 28. In the final NCAA rankings the Warhawk defense finished eighth in rushing defense and 21st in total defense (326.2 ypg). The squad also finished 47th in total sacks (2.08 per game). A total of four defensive players earned All-Sun Belt honors.

In Reffett’s first season in charge of the Warhawk defense, the unit was the best in the Sun Belt Conference against the run (110.1 ypg) and the second best in total defense (347.0). The Warhawks were the third-best scoring defense in the league allowing 27.3 points per game –an improvement of nearly four points per game from 2008. The Warhawks finished 20th in the NCAA against the run just one season after ranking 112th – the Reffett-led defense allowed 102.6 fewer yards per game on the ground in 2009 compared to 2008.

ULM posted the NCAA’s second best defensive turnaround from 2008 to 2009 as it improved by 97.7 yards of total defense between the two seasons – only Kansas State (139.2 yards) had a better turnaround. Reffett was one of just 34 coaches in the country to be on the final nomination list for the Frank Broyles Award which is presented to the top assistant coach in the NCAA as five of his defensive players earned All-Sun Belt honors. Linebacker Cardia Jackson was named Sun Belt Defensive Player of the Year after breaking the league’s career tackles record.

Reffett’s second season saw a trio of all-conference selections and another solid defensive campaign. The Warhawks led the Sun Belt for the second straight year against the run (159.1) and ranked second overall (378.3), taking out a pair of games against BCS Bowl participants (Auburn & Arkansas) the Warhawks allowed just 353.6 yards per game.

Reffett spent five seasons at New Mexico beginning in 2004 where he coached the Lobos cornerbacks — he was promoted to defensive coordinator prior to the 2008 season. He mentored DeAndre Wright and Glover Quin and the pair earned first team All-MWC honors in the final two seasons under Reffett’s guidance. Quin was a fourth round selection by the Houston Texans in the 2009 NFL Draft and Wright was a sixth round selection by the New York Giants in the same draft. In addition to Jackson and Morgan, Reffett has worked with David Terrell, who was taken in the seventh round of the 1998 NFL Draft by Washington, as well as Michael Hicks and Crance Clemons, free agent signees by Dallas and Detroit, respectively.

In his first season as the Lobos’ defensive coordinator, New Mexico ranked 26th nationally in rush defense and in the top 50 in both total defense and scoring defense. His 2004 cornerback tandem was possibly one the best in school history. Brandon Payne was a second team All-America selection by the Walter Camp Football Foundation after leading the nation in passes defended (23) and tying for the league lead with six interceptions. Payne also set a school record with 17 pass deflections.

Reffett coached 14 seasons at UTEP, including 2002 and 2003 as the Miners’ defensive coordinator under head coach Gary Nord.  In Reffett’s first year as defensive coordinator (2002), D.J. Walker led the Western Athletic Conference in stops and ranked sixth in the country in solo tackles. UTEP ranked first in the WAC and 21st in the nation in pass defense in 2001 as opponents completed a league-low 49.6 percent of their passes. After graduating from UTEP with a bachelor’s degree in education in 1990, Reffett immediately joined the UTEP coaching staff as a graduate assistant.

Reffett came to UTEP in 1985 as a walk-on and two years later, as a junior he helped the Miners to a 10-2 record, including an Independence Bowl berth. His playing career at UTEP was highlighted by academic and athletic superlatives. As a junior and senior he was named a WAC Scholar Athlete and to the WAC All-Academic team, and was recognized as the team’s Defensive Back of the Year.

He and his wife, Molly, have a son, Ty Christopher, and a daughter, Camille Kay.