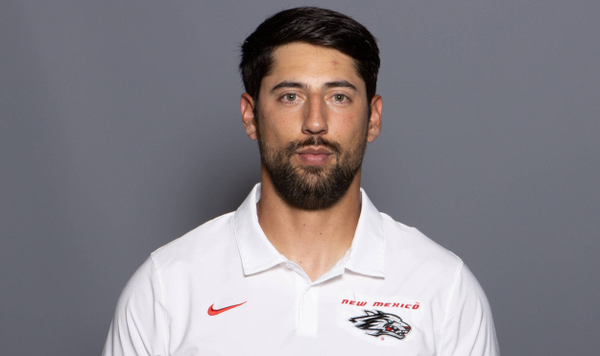 Dante Caro enters his first season as an defensive graduate assistant with the Lobos.

He graduated in 2014 from UNM, where he was a four-year letterwinner at safety and kick returner, recording 53 tackles as a senior. He also was the starting QB for the 2008 Class 5A state champion Las Cruces Bulldawgs.