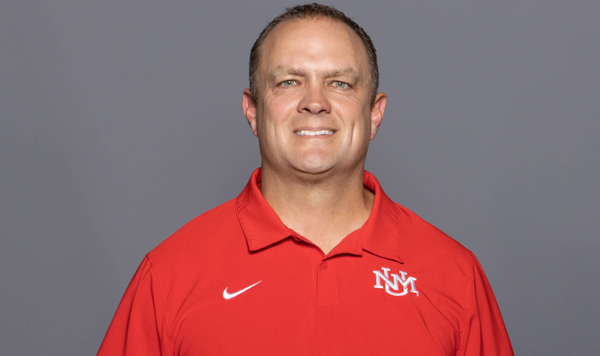 Danny Gonzales, a native of Albuquerque who played football at Valley High School before playing for UNM and then serving as an assistant coach, has come home.

Gonzales, who has taken part in bowl games in 14 of the past 17seasons, enters his fourth season as the head coach of The University of New Mexico.  Gonzales was hired on December 17, 2019.  The announcement was made by Director of Athletics Eddie Nuñez at halftime of a Lobo men’s basketball game, and then he was formally introduced at a press conference the next day in The Pit. 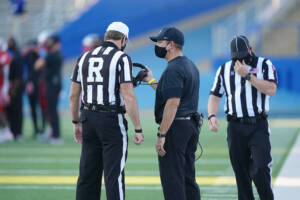 The new Lobo head coach is certainly familiar with UNM, as a player, staff member and as a Lobo assistant coach, as well as through his time coaching against UNM.  He joined his mentor and former coach Rocky Long as Lobo football players returning to coach their alma mater.  In a 2006 article in the Albuquerque Journal, Long predicted that Gonzales would one day be the head coach of the Lobos.

In 2021, Gonzales for the second straight season increased UNM’s win total, including a win in his inaugural matchup with New Mexico State, winning 34-25.  The Lobo defense made huge strides in 2021 as Gonzales works to get UNM back to the Lobo defenses of the 2000s. The Lobos ranked 44th overall in total defense, a 57-spot improvement from 2020.

The 2021 season also saw UNM deal with adversity that most teams have never seen, losing so many quarterbacks during the year that the Lobos were forced to start a graduate manager at quarterback in the final game of the season.

Gonzales’ first season in 2020 was like no other in the history of college football, and while sometimes that type of sentence can be hyperbole … it’s not. Gonzales, without a full spring season and coaching a team that spent what little time in the preseason practicing in groups of five or 10, was also faced with no home games in 2020 due to the global COVID-19 pandemic and the state of New Mexico health order that wouldn’t allow for games.  Gonzales was able to lead his team through the 2021 season, going 2-5 overall and in the Mountain West.  Those two wins, despite the odds stacked against the Lobos, equaled the number of Mountain West wins over the previous three seasons combined.

The 2020 season saw UNM go through four starting quarterbacks, and a fifth who was injured prior to the start of the season.  Gonzales proved his coaching mettle, utilizing 21 true freshmen during the season including a true freshman starting walk-on quarterback, just the third true freshman starting quarterback to start an FBS game since 2013.  Gonzales also coached Lobo Football’s first national award winner as Teton Saltes was named the winner of the Wuerffel Trophy for athletic, academics and community service.

The Lobos quickly established a reputation as a team that never takes plays off and has a hard-hitting, hard-nosed defense.  He was rated an “A” hire for UNM by several preseason publiciations.

Gonzales came to UNM after spending the past two seasons at Arizona State as defensive coordinator, and the previous seven before that as safeties coach and defensive coordinator at San Diego State.  In 2018, he was a nominee for the Broyles Award, given to the most outstanding assistant coach in college football.

In 2018 and 2019, Gonzales served on Herm Edwards’ staff at Arizona State, where the Sun Devils have made it to back-to-back bowls and won two straight Territorial Cup games over Arizona. 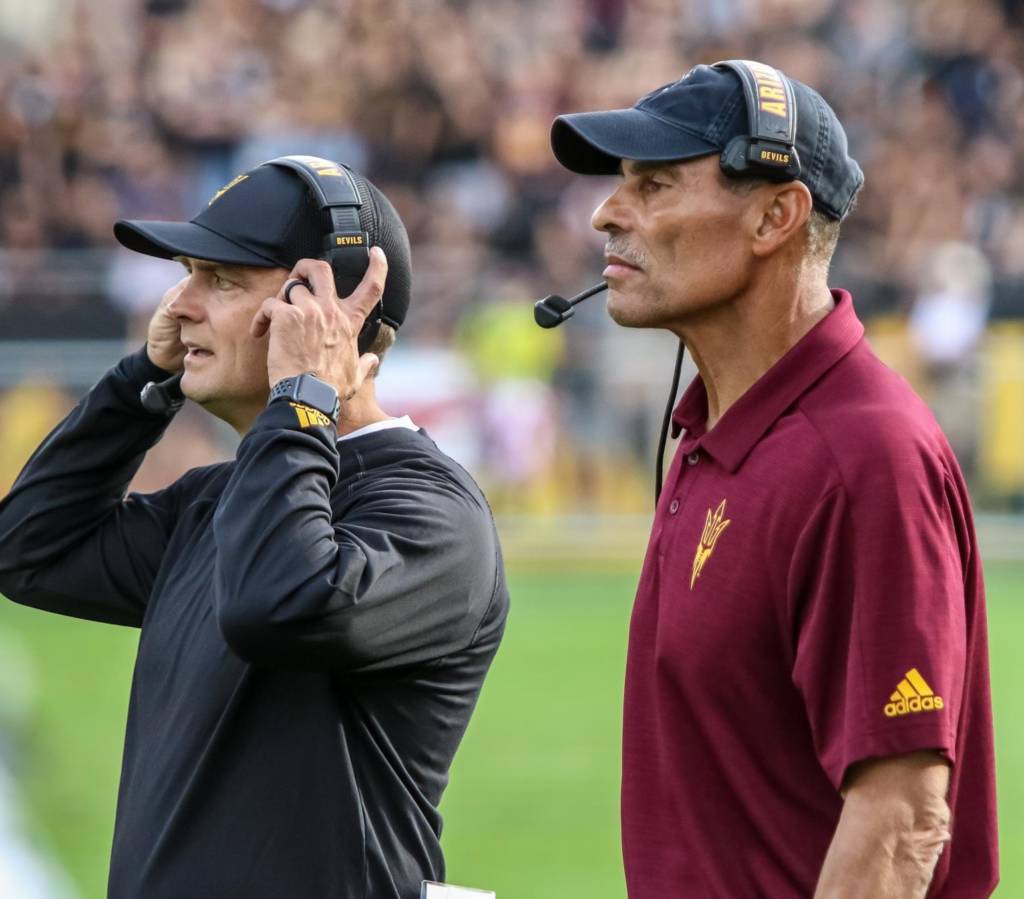 The two years with Arizona State followed a seven-year stint from 2011-17 under Long at San Diego State, the first six as safeties coach and the final as defensive coordinator. 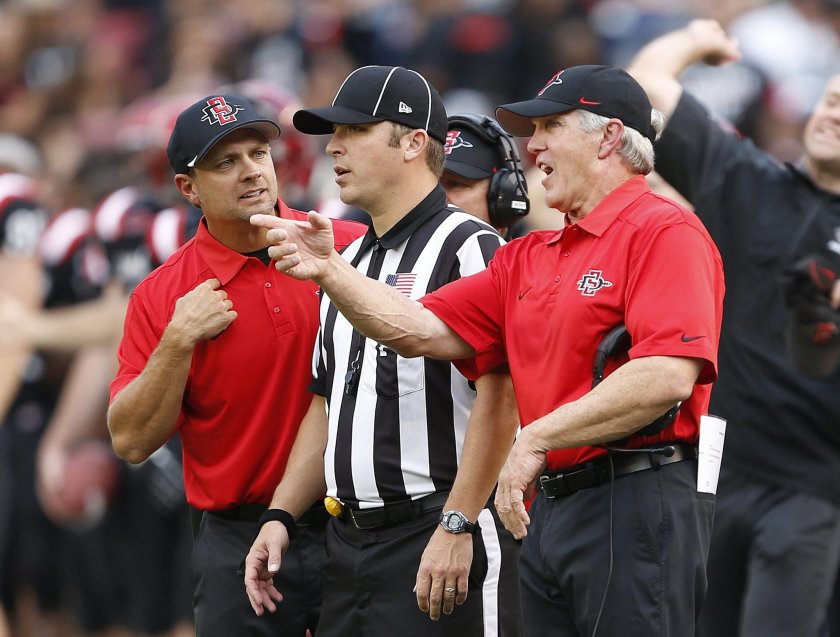 SDSU produced one of the best defensive efforts in school history in 2014, finishing in the top 20 nationally in nearly every defensive category, including scoring defense (13th) and total defense (16th).

Gonzales has a pair of degrees from The University of New Mexico, earning his bachelor’s degree in business administration and general management in 1998 and a master’s degree in physical education and recreation in 2002.  Danny and his wife Sandra have four children: Cole, Jake, Chloe and Abby.