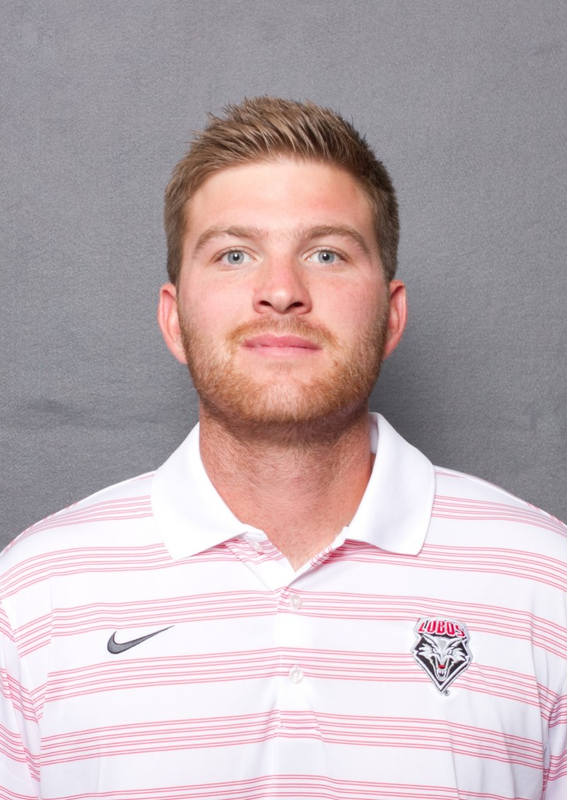 Ben Dunbar was named head coach for The University of New Mexico prior to the 2016-17 season. He spent 2014-16 as an assistant coach at UNM under former head coach Bart Scott and played for the Lobos from 2008-12. He is the 18th coach in program history, and the fifth to both play and coach for the program.

Dunbar was named head coach after spending three years as an assistant coach with UNM under Bart Scott.  As assistant, Dunbar handled on-the-court coaching, instructional work, team academics and scheduling for the Lobos.  In his first season as an assistant coach in 2014-15, the Lobos made the NCAA Championship for the first time since 2009. Subsequently, Dunbar was honored by the ITA as the Mountain Region Assistant Coach of the Year, joining Scott as Lobo assistants to have earned the honor.

Dunbar has also helped coach the doubles team of Hayden Sabatka and Bart Van Leijsen to the ITA All-American Championships, the USTA/ITA National Indoors and the NCAA Championships in 2016.

Additionally, Dunbar played tennis at UNM, posting a standout career with the Lobos from 2008-12.

Over his four-year career, he registered a 55-49 record in singles play and a 73-34 record in doubles play. In his senior year, he finished 20-15 in singles and 27-9 in doubles play, the sixth-highest single-season total in program history. He eventually earned a national doubles ranking of No. 30 from the ITA.

He was a five-time All-Mountain West honoree overall, earning the accolade three times in singles and twice in doubles.

He also served as volunteer coach with the Lobos from 2012-14 while working toward his master’s degree at New Mexico.

Originally from Nottingham, England, Dunbar graduated from Castle College in 2008 before earning his bachelor’s degree in psychology from UNM in 2012.