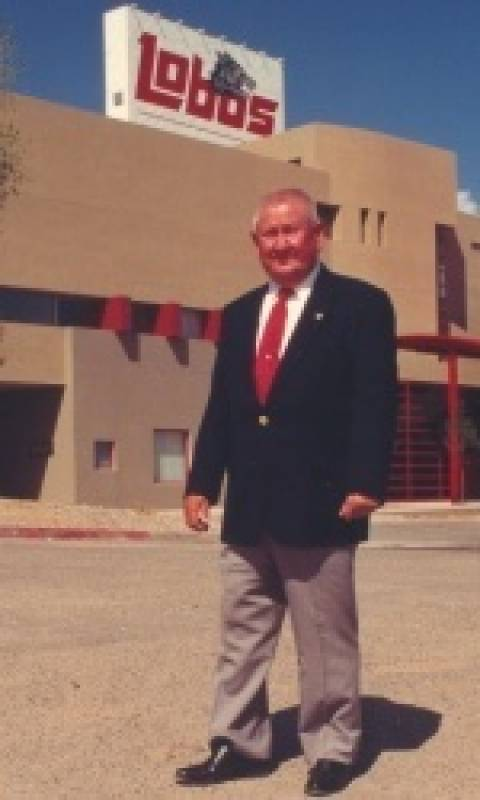 Tow Diehm did as much for Lobo athletics as anyone. He came to UNM in 1957 to serve as the school’s athletics trainer, a position he would hold for 31 years. It was during that time that Diehm treated and befriended thousands of student-athletes. In 1988, he was elevated to associate athletics director where he began lobbying efforts with the state legislature to help fund a desperately needed athletics training facility.
His endless to trips to Santa Fe resulted in the construction of the magnificent and appropriately-named L.F. “Tow” Diehm Athletics Facility, a three-story structure completed in 1995 nestled in the south end zone of University Stadium.

Diehm was also instrumental in prompting legislators to pass a tuition waiver bill for out-of-state student-athletes, which provides a huge savings to all of the state’s four-year institutions.

Although he officially semi-retired in 1992, Diehm continued to work the legislature on behalf of UNM until his death in 1998.