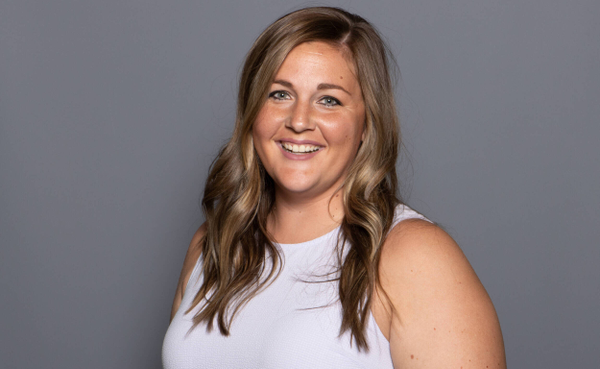 Paige Klostermann joined the UNM Foundation and the Lobo Club in February 2017 as the Assistant Director of Development – Special Events and currently holds the title of Assistant Athletic Director for Annual Giving.  In her role, she organizes and serves as the primary point of contract for most fundraising events for the Lobo Club, including the annual auction.

Klostermann came to the UNM Foundation from the University of Connecticut, where she spent two and a half years on staff as a graduate assistant for Athletic Development.  At UConn she assisted with donor relations and implementation of special stewardship and cultivation events at home athletic events (football, men’s/women’s basketball, and men’s ice hockey) as well as with the day-to-day office operations and gift solicitation for a staff that raised $17.3 million cumulatively for the 2014-15 fiscal year

She also served as a liaison to The UConn Club Board of Directors and managed the athletic department’s student-athlete awards program.

Prior to joining the staff at Wartburg College, Paige spent a year working within the Marketing and Public Relations department at Bartels Community in Waverly, Iowa where she served as the Marketing & Publications Coordinator. Paige oversaw the creation and distribution for all publications and assisted with fundraising and development projects within the community.

A native of Dyersville, Iowa, Paige graduated from Wartburg College in 2012 with a B.A. in Communications: Public Relations. While at Wartburg, Paige was a four-year letter-winner for the women’s golf team competing in three NCAA Championships. She also earned a graduate degree in the Sport Management master’s program at UConn.