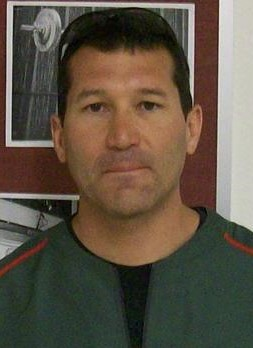 Joaquin Chavez officially joined UNM Athletics in 2000 as a graduate assistant, and he is the longest-tenured member of the Athletic Performance department at UNM.  He currently works with women’s soccer, volleyball, women’s tennis, men’s golf and swimming and diving, although he has worked with just about every sport offered at UNM at one time.

A former graduate assistant at UNM starting in 1997, Chavez brought plenty of experience with him, and his current teams have all benefited from his years of strength and endurance training and knowledge.  Prior to coming to UNM, he was an assistant strength coach for the U.S. Canoe and Kayak Federation in San Diego.  While there, he also helped manage training camp at the High Altitude Training Complex in Flagstaff, Arizona.  He also served as a consultant to the U.S. Bobsled Federation.

His work in the field began in the summer on 1996 as an intern with the U.S. Olympic Committee in Lake Placid, New York.  He taught and implemented Olympic-style weightlifting techniques.  He has Senior Level Coaching Certification in the discipline.

Chavez is a New Mexico graduate, having earned a bachelor’s degree in university studies in 1997.