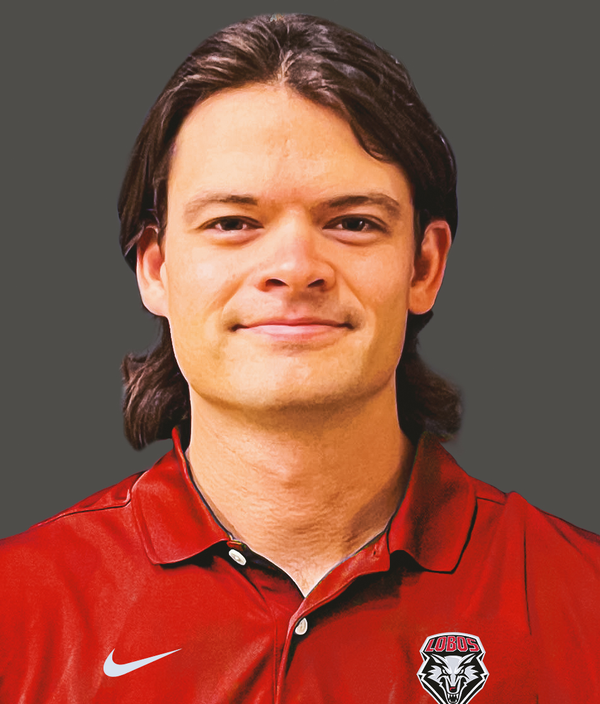 Evan O’Kelly joined the Lobo family in October of 2022 and he serves as Assistant Director of Communications handling women’s soccer, track & field/cross country and baseball.  O’Kelly came to UNM from Montana State-Billings where he served as associate A.D. and handled publicity for all 16 sports.

O’Kelly was with MSU Billings from 2014-19 and 2020-22, with a one-year stop at Concordia University in Portland in between.  With MSU Billings, he moved his way up from Director of Media Relations to Assistant A.D. for Media Relations.  In 2018, he was honored by CSC (formerly CoSIDA) with the organization’s College Division Rising Star Award as the top young professional (10 years of experience or less) in the Division II, III, JUCO or NAIA ranks.

He also has served as a broadcaster for several MSU Billings sports and he served as the official scorer for the Billings Mustangs of the Frontier League, formerly the short season Class-A Cincinnati Reds affiliate.