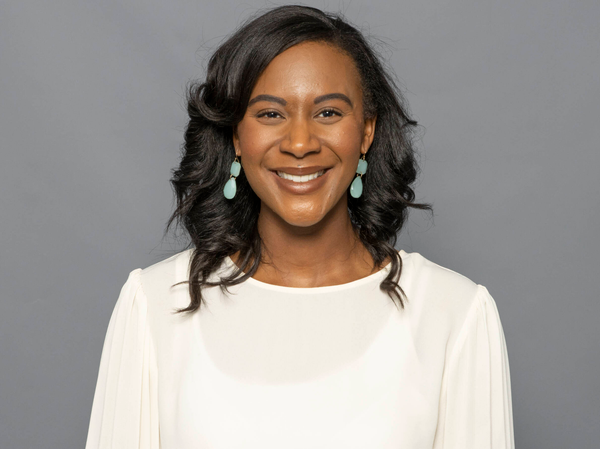 Eryn joined The University of New Mexico in September of 2019 as the Director of Premium Seating and Sales, where she handles all corporate accounts for both Dreamstyle Stadium and Dreamstyle Arena.  In her role, she not only works directly in selling suites and club seats at UNM’s various venues, but she also works on promotional events using the premium spaces.  She also aids the Lobo Club in various other events throughout the year.

Samuels came to UNM after a one-year stint as the Event Sales Coordinator for Spare Time Texas, a premium Entertainment Complex in the greater Austin, Texas area, where she handled corporate outbound sales and events.  While there she also served with the Fellowship of Christian Athletes in Texas, where she was as an area representative.

Prior to her time there she was involved in sales on the collegiate level.  She worked as marketing and sales representative for the University of Texas for two years (2016-2018) where she worked closely with the popular UT Volleyball program.  There she handled promotional plans and tickets for individuals and groups, while working with UT’s marketing staff to coordinate specific sales and promotional dates.  She also aided in ticketing needs for seven other sports including football, helping UT nearly quadruple group ticket sales.

She also spent two years at Florida State in their athletic fundraising and ticket offices, handling a variety of tasks from handling incoming donor pledges to working with season tickets and alumni ticketing. Samuels also was a student assistant at East Tennessee State and a volunteer compliance assistant at the University of Georgia.

She earned a bachelor’s in public relations and marketing in 2015 from East Tennessee State.  She was a four-year member of the ETSU volleyball team.