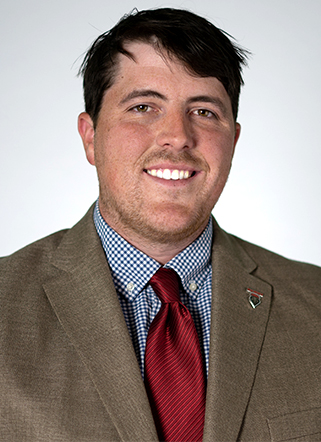 Brandon Kendrick joined the University of New Mexico’s staff in October of 2018 as Director of Event Management. At UNM, Kendrick has event management and parking operations oversight of all athletic and special events that take place in UNM athletic facilities, including serving as tournament director for all postseason championship events.  During his career, Kendrick has served as the tournament director for 15 NCAA Championship Events, and has overseen event and facility operations for teams competing in the NCAA Women’s College Cup, NCAA Women’s College World Series, NCAA Beach Volleyball National Championships and the NCAA Water Polo National Championships.

The Georgetown, Kent. native came to UNM after serving for one year (2017-2018) as the Director of Game Management and Operations at USC in Los Angeles, CA. While at USC, Kendrick was responsible for event management oversight of baseball, women’s soccer, and men’s and women’s swimming and diving.  He also had facility oversight of Dedeaux Field, McAlister Field, McKay Center, and Heritage Hall.  Kendrick was the tournament director for the NCAA Water Polo National Championships, as well as all other postseason championships.

Kendrick first moved into event operations and facilities after working one year (2012-2013) as the University of Cincinnati’s Graduate Assistant in Facilities and Operations.

Kendrick obtained his B.A. in Communication and Media Studies in May of 2011 from Georgetown College (KY) and his M.Ed. in Sport Management from Xavier University in August of 2013, and is currently pursuing his MBA from UNM’s Anderson School of Management.