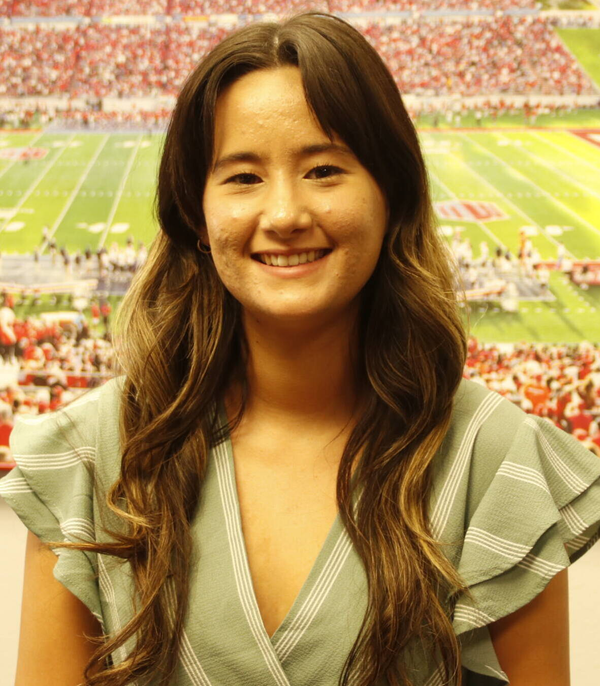 Alma Solis has joined The University of New Mexico athletic department as the Assistant Director or Athletics Communications in September of 2021. She serves as the communications contact for the UNM women’s soccer, baseball, track and field and cross country programs, as well as the social media liaison.

After three years in college athletics and two internships with baseball teams, Solis brings a vast array of experience to the position. She spent the 2020-21 season at DII institution Washburn University in Topeka, Kan., where she covered men’s golf, women’s soccer, men’s and women’s tennis, and men’s and women’s cross country. Prior to Washburn, Solis was the media relations student assistant at DI University of the Incarnate Word during her last two years of undergrad, where she was the primary contact for men’s soccer and baseball.

During her time at Washburn, Solis earned two COSIDA Publication Awards. She placed second in the Spring At-Large Media Guide category for her combined men’s and women’s tennis teams. Solis was fifth in the nation in the Infographic Program/Game/Event Feature, as well.

Solis also spent a couple summers advancing her knowledge in baseball while in school. She spent the summer of 2018 working with the San Antonio Missions, the AA-affiliate of the San Diego Padres, handling in-game social media duties and some public relations work. She then spent the summer of 2019 working with the Baton Rouge Rougarou, a summer collegiate baseball team composed of players from various institutions, mostly focusing on public relations and social media coverage of the team.

A Brownsville, Texas, native, Solis graduated in spring 2020 from UIW with a degree in journalism.