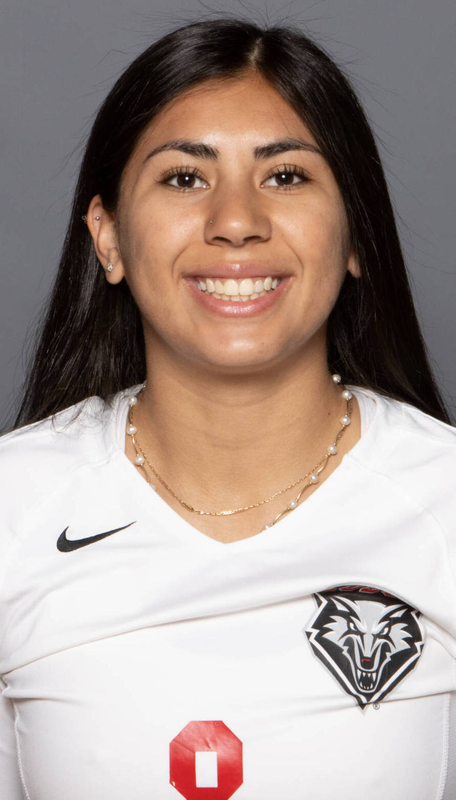 REDSHIRT FRESHMAN | 2020-21: Started in four matches, played in 17 sets … recorded a double-double in every match she played in … season-high 14 kills at Fresno State and season-high 18 digs at Nevada on Feb. 6 … tallied 56.0 points with three service aces, six total blocks (all assisted) and 50 kills … also had three assists and 58 digs … averaged 2.94 kills per set, 3.41 digs per set and 3.29 points per set … fourth on the team in kills and points … named the Mountain West Defensive Player of the Week following the season opening series at Nevada …  was the first UNM freshman to win defensive player of the week since the conference awarded both a defensive and offensive player in 2015.