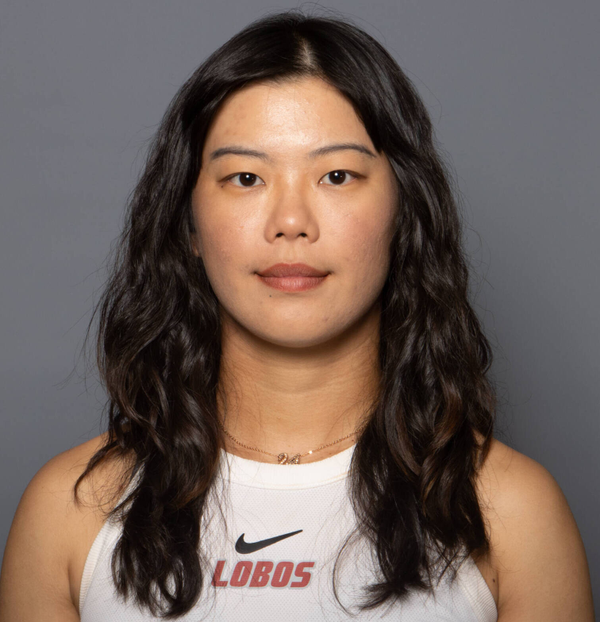 2020-21 (Senior Season)
*Went 2-1 to open the season, the only loss in a third-set 1-0 super-set, losing 10-8.
*Won her only three-setter, winning 4-6, 6-3, 6-3 over Grand Canyon’s Taylor Andersen to clinch a comeback 4-3 win.
*Picked up her only conference win with a straight-set win over Nevada’s Selina Turulja.
*Had four doubles partners throughout the season.
*Clinched the doubles point with a 7-6 (7-4) win over UTEP, a match UNM would win 4-3.
*Won her only double match partnered with Hsuan Huang, winning 6-1.
*Was 5-6 in doubles with four halted matches, and she was tied or leading in all four.

2018-19 (Sophomore Season)
*Ended the season with a four match winning streak.
*Won seven of her final nine matches, all at No. 3 singles.
*Had a five-match winning streak in doubles from January 20 through January 30, teaming with Yue Lin Chen.

2017-18 (Freshman Season)
*Won 16 matches, finishing second on the team for wins.
*Ended the season with a four-win streak against conference rivals.
*Won first match of collegiate career, going to 3 sets against New Mexico State on September 28.
*Won all three of her matches at the Lobo invitational, winning them all in two sets.
*With doubles partner, Danielle Quevado, received Mountain West all-conference doubles honors.
*Had a 17-14 overall doubles record, with a three-way tie for the highest doubles match wins on the team.