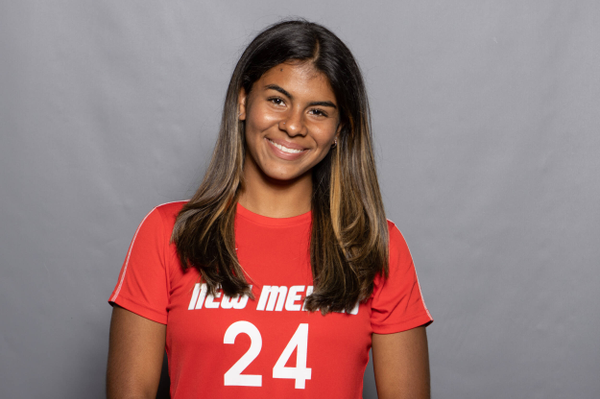 HIGH SCHOOL: Comes to UNM from Ruben S. Ayala High School in Chino where she was named Most Valuable Player in 2017 … in 2020, she received the “Bulldog Award” and has also earned scholar-athlete honors from 2017-20 … also played for Arsenal FC and Rebels at the club level where she was named Player of the Year in 2019.