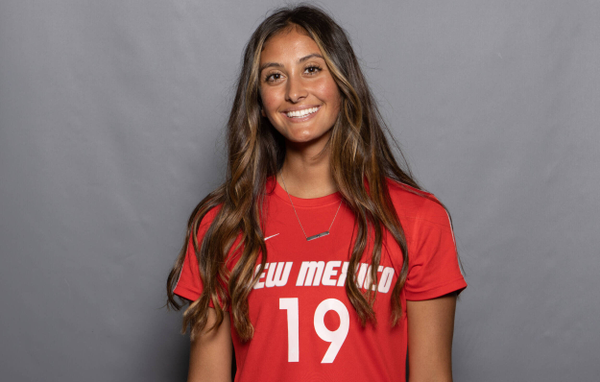 HIGH SCHOOL:  An Albuquerque native, she joined the Lobos from La Cueva High School where she helped her team to the New Mexico State Championship in 2017 … she also helped the Bears to a pair of district championships in 2017 and 2019 as well as a State Runner-Up nod in 2018 … the four-year varsity letterman was a two-time All-State Honorable Mention honoree, a two-time First Team All-District selection and was also named to the All-Metro team in 2019 … tallied seven goals and 10 assists as a defender throughout her career … In addition to La Cueva, Robles also played for Rio, Sting and UAFC where she helped her team to a pair of State Championships in 2017 and 2019 … she also earned two academic letters while at La Cueva.