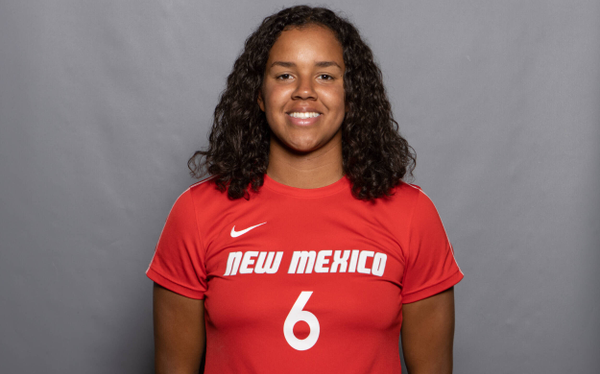 SENIOR (2020): Saw action in 10 matches with no starts, playing 335 minutes … tied for the second-most assists on the team with three … picked up all her points in the same weekend, with two assists against Colorado College and then a third two days later against Air Force … named Mountain West All-Academic and Mountain West Scholar-Athlete.

PERSONAL: Born and raised in Derby, England … played for Landau Forte College where she was named the Landau Forte Sportswoman of the Year in 2017 … was a three-time Principal Awards recipient for Academic Excellence, Outstanding Effort and being a role model to younger children … was captain of Derbyshire U16 and lead the team to win the National County championship … is majoring in Psychology and loves sunsets.