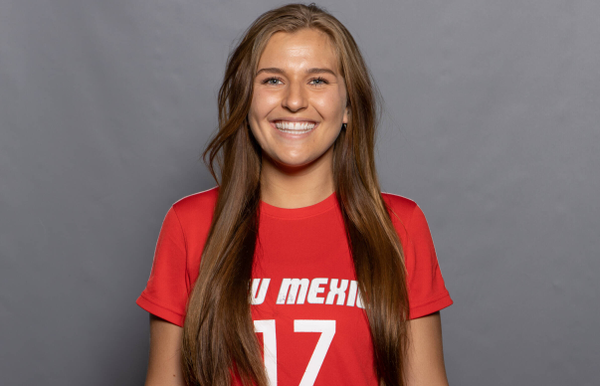 HIGH SCHOOL/CLUB: Hirschman is coming off a senior season for Eldorado High School in Albuquerque for coach Andrew Wiese where she was named first-team all-state, all-district and all-academic, the district player of the year and helped the Eagles to the Class 6A state semifinal … as a junior she helped Eldorado to a 6A state runner-up finish … earned two academic letters … played for Rio ’98 and helped the team to New Mexico State Cup championships in 2014 and 2015.