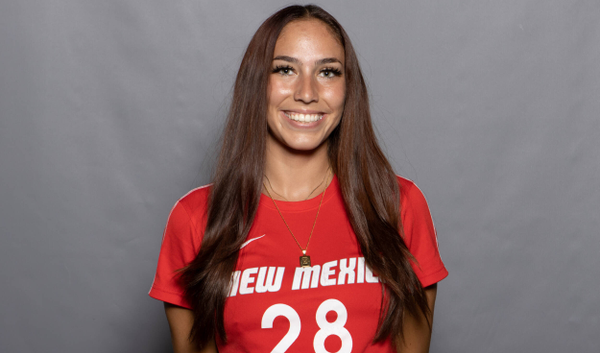 JUNIOR (2020): Led UNM in minutes played with 1,184 as she started all 13 matches … played every minute of the season but 11, playing in 99.1% of all available minutes … record one goal and five assists in being named First Team All-Mountain West … had a goal and assist, giving UNM a little breathing room in a 3-1 victory over Wyoming … also recorded assists against Air Force and Colorado College … named Mountain West All-Academic.

FRESHMAN (2018): Played in 10 games and started in two … saw her first collegiate minutes on August 17 versus Texas Tech … started her first game as a Lobo the following game, on August 24 versus Pacific … notched her first shot and posted a season-high of 37 minutes played in the match … played a total of 168 minutes on the season.