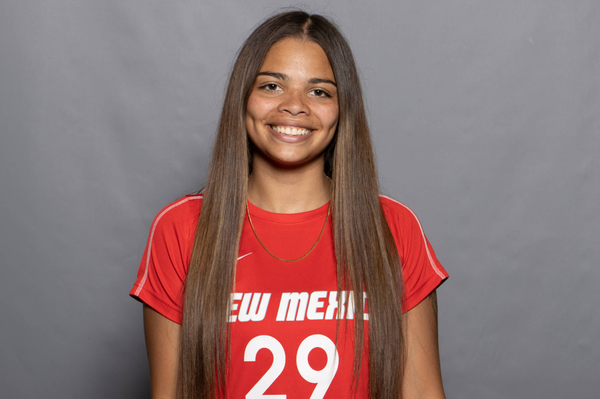 HIGH SCHOOL: Came to UNM from Alamogordo, N.M. where she helped lead Alamogordo High School to back-to-back district championships in 2016 and 2017 … is a three-time Player of the year, two-time All-State honoree, three-time Golden Boot winner, four-time First Team All-District honoree and a two-time Max Player of the Week …  broke three records at Alamogordo High including most goals in a season with 51 and most goals in a career with 154 … ranked first in the state of New Mexico in goal scored and finished last season fourth in the nation in the same category … in her career, she amassed 154 goals and 38 assists for a total of 346 points … a four-year National Honor Society member and also a Golden Scholar.