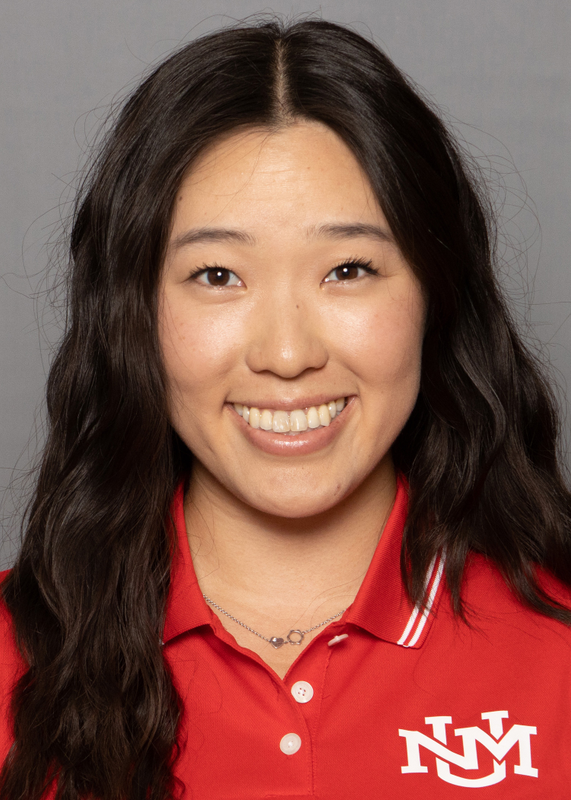 SENIOR (2020-21): Named 2020-21 Women’s Golf Coaches Association (WGCA) All-American Scholar … Competed in five tournaments on the season … posted a low round of 72 twice, at the Branch Law Firm/Dick McGuire Invitational and the 2021 Mountain West Tournament … best finish of the season came at the 2021 MW Tournament where she finished 22nd overall, after shooting scores of 79 and 77 in the first two rounds, she tied her best score of the season (72) in round three to help the Lobos secure the title … averaged 76.73 strokes per round on the season … named to the 2020-21 Mountain West All-Academic Team … named a 2020-21 Mountain West Scholar Athlete.

JUNIOR (2019-20): Honored as a 2019-20 Women’s Golf Coaches Association (WGCA) All-American Scholar … saw action in four tournaments on the season … posted a low-round score of 74 twice at the Betsey Rawls Invitational and the at the Gunrock Invitational … averaged 78.58 strokes per round on the season … registered her top finish at UNM’s Branch Law Firm/Dick McGuire Invite in which she tied for 14th … named 2020 Mountain West Academic All-Conference … named a 2019-20 Mountain West Scholar-Athlete.

SOPHOMORE (2018-19 at UC RIVERSIDE): Competed in eight out of 11 tournaments… recorded a season-best finish of 23rd (tie) at the Fresno State Classic where she shot a 222 (+6) with a combined eight birdies.

FRESHMAN (2018-19 at UC RIVERSIDE): Posted an average score of 76.66 across her four tournaments… registered a top finish of 19th at the Golfweek Conference Challenge.

HIGH SCHOOL: Graduated from Murrieta Valley High School in 2017 where she lettered in golf her freshman, sophomore and junior years … did not play senior year … was named 2014 and 2015 Southwestern League MVP … honored First-Team All-League in 2014 and 2015 … earned scholar-athlete honors.

PERSONAL: Born on June 30 to Scott and Julie Chon … has two siblings, Brittney and Dillon … majoring in communications … favorite movie is “She’s The Man” … Chose UNM for the coaching staff and the amazing golf course.