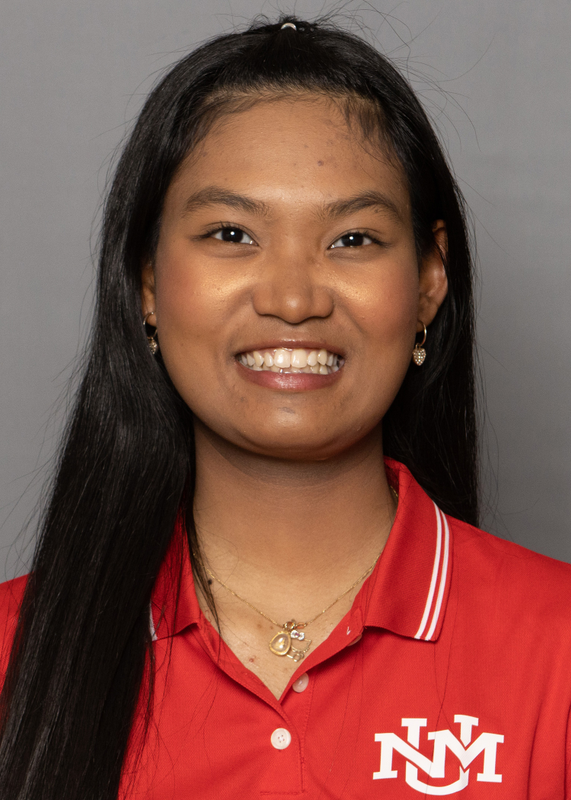 SOPHOMORE (2020-21): Named a 2020-21 Women’s Golf Coaches Association (WGCA) All-American scholar … one of just three Lobos to compete in all eight tournaments on the season … led the Lobos in four of UNM’s eight competitions … posted four top-10 finishes on the season including three finishes in the top five … best finish was fourth which she achieved twice, in UNM’s season opener (Lamkin Invite) and at the 2021 Mountain West Tournament where she helped the Lobos claim the title … registered the best scoring average on the team with 74.29 strokes per round … 22 of her 24 rounds counted toward the team score for a 91.67 percentage (second on the team) … named to the 2020-21 Mountain West All-Academic Team … named a 2020-21 Mountain West Scholar Athlete.

FRESHMAN (2019-20): Honored as a 2019-20 Women’s Golf Coaches Association (WGCA) All-American Scholar… named the 2019-20 Mountain West Freshman of the Year… saw action in all seven tournaments … was the top Lobo finisher in four of UNM’s seven competitions as a freshman … carded the first eagle of her collegiate career at the Arizona Wildcat Invitational … posted a team-best 74.05 stroke average over 21 rounds … tied a team-low score of 68 in the first round of the Branch Law Firm/Dick McGuire Invitational … registered a season-best finish of 9th at the Arizona Wildcat Invitational … named 2020 Mountain West Academic All-Conference … named a 2019-20 Mountain West Scholar-Athlete.

PERSONAL: Born on August 20 to parents Tanapat Lertsadwattana and Kanpitcha Kratudngern in Bangkok, Thailand … has one brother, Krittipat … majoring in civil engineering … favorite food is Thai food … favorite movie is “Aquaman” … chose UNM for the friendly coaching staff and the academic programs that the university offers.