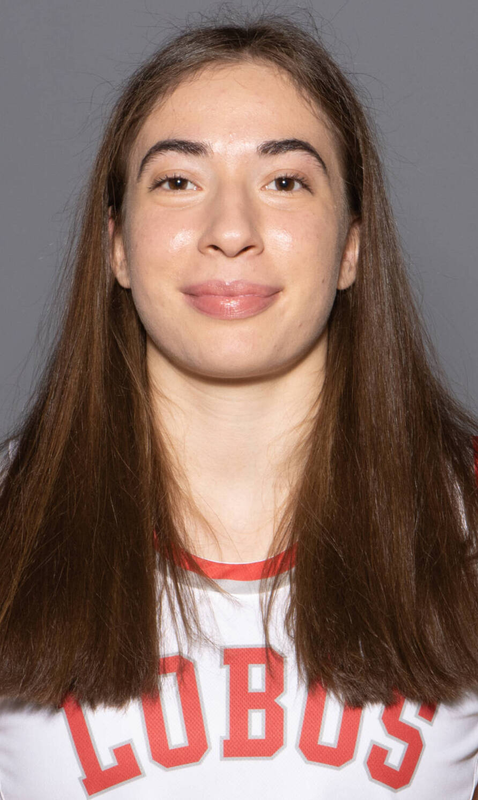 FRESHMAN (2021-22): Played in 15 games with one start (vs. Lamar)… averaged 6.5 minutes per game… season-high six points in the win against Northern New Mexico… twice finished with four rebounds (Lamar and Northern New Mexico)… twice credited with two assists (vs. Louisiana-Monroe and San José State)… recorded a steal in three games and an assist in six games… scored in seven games.

INTERNATIONAL EXPERIENCE: Played for BOTAŞ Sports Club … Ankara champion twice … competed for Turkey at the U16 European Championship in 2019 and the Baku Youth Olympics … averaged 23.2 minutes on the court, 4.0 rebounds per game, 1.6 assists per game and 1.4 steals per game with the national team.

PERSONAL: Born Oct. 8 in Ankara … parents are Çağla and Ozan … has a twin brother, Can, and sister, Ela.

Coach Bradbury on Şeren: “Zeyno brings a lot of versatility to our perimeter game, being able to play any guard spot,” Bradbury commented. “She can score at every level and has the ability to make tough shots.”

Şeren on Why She Chose New Mexico: “I picked UNM because the staff helped me feel the family environment in their communication during the recruitment process. Besides that, I’m super excited to play in front of New Mexico’s great fans at The Pit. Go Lobos!”