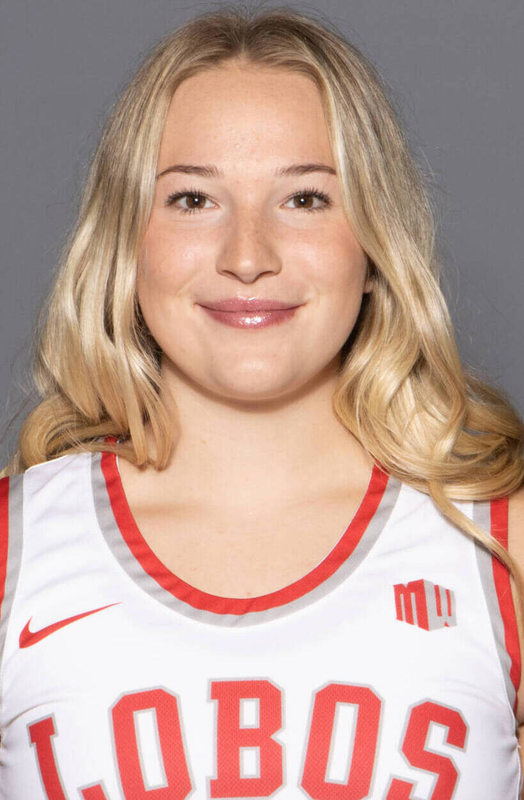 FRESHMAN (2021-22): Played in nine games, averaging 7.1 minutes per game… went a perfect 2-for-2 from three-point range against Houston Baptist, finishing with a season-high six points… dished out a season-high three assists against Northern New Mexico while also having a season-high two rebounds after playing a season-high 17:56.

INTERNATIONAL EXPERIENCE: Played on the U16 Hungary National Team and competed in the 2019 FIBA U16 Women’s European Championship … averaged 6.0 points, 2.9 assists, 2.3 rebounds, 1.1 steals while averaging 21.5 minute with the national team … played for Atomerőmű KSC Szekszárd, winning the national championship in 2019 and finishing third in 2018 with the team.

Coach Bradbury on Renczes: “Rebeka brings us some depth at the point guard, which was something we were looking for this spring. Her ability to pass and see the floor will make her a great addition to our offense.”

Why She Chose New Mexico: “I chose UNM because I’d like to grow as a player and as a person. The coaching staff was professional and friendly during the recruitment process and I like the way the team plays. I can’t wait to play in The Pit and be a part of the Lobo family.”