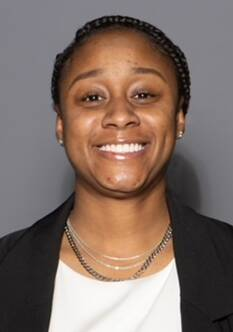 Symone Denham enters her fifth year as an assistant coach with the women’s basketball program at The University of New Mexico. Prior to being promoted to assistant coach in May of 2018, Denham served as the program’s video coordinator for the 2017-18 season.

Denham has been recognized as a WBCA Thirty Under 30 honoree the past three seasons, a program that was created to recognize 30 up-and-coming women’s basketball coaches age 30 and under at all levels of the game. Each honoree has exemplified their involvement in community service, mentorship and impact on others, professional manner, and attitude and professional association involvement. 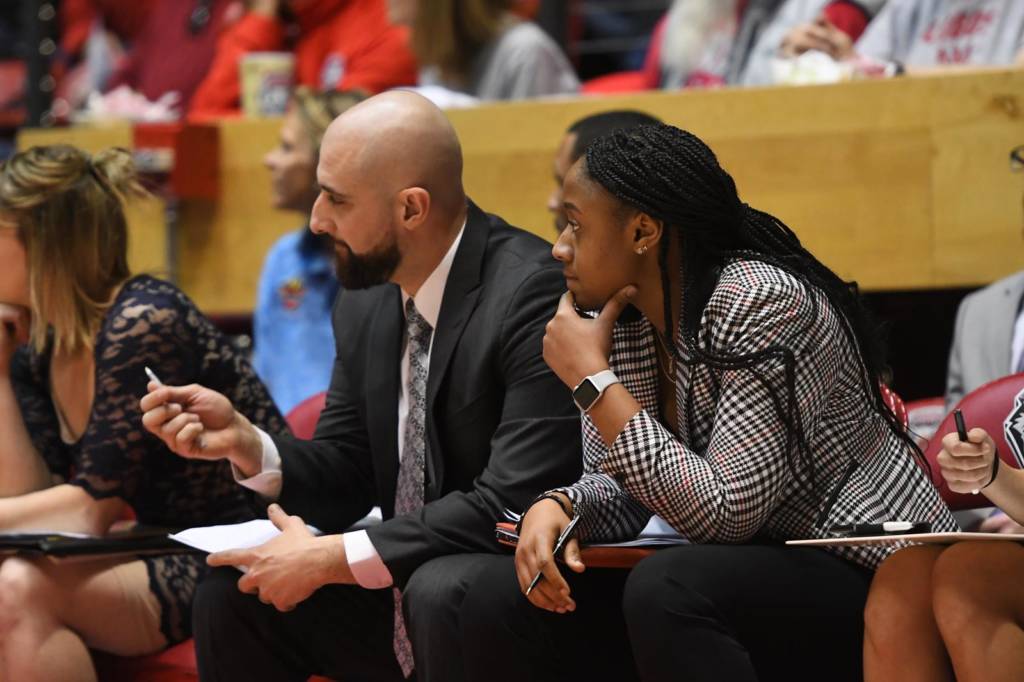 In her first season on the coaching staff, Denham helped guide the Lobos to their second-straight 20-plus win season with a 24-7 overall record. The Lobos, who finished second in the regular season Mountain West standings after a 14-4 league record, also advanced to the WNIT for a second-consecutive season.

Working with the guards, the Lobos produced one of the most prolific offenses not only in the conference, but in the country, finishing among the top 25 in several categories. Among them, UNM finished fourth in the NCAA in made three-pointers per game (10.2), sixth in assist-turnover ratio (1.40), ninth in scoring offense (81.2 points per game), 14th in fewest turnovers per game (12.0) and assists per game (16.8) and 22nd in scoring margin (12.7). The Lobos led the Mountain West in scoring offense, scoring margin, assists per game, turnover margin, assist-turnover ratio and made three-pointers as well as second in field-goal percentage and steals per game.

As a result of UNM’s successful season, five players were named to the All-Mountain West Team with guard LaTascya Duff also earning the superlative of Sixth Person of the Year. Duff was just the second Lobo to win the sixth person award. Making the all-conference team for the first time were Duff, Jaedyn De La Cerda and Antonia Anderson, as well as Shaiquel McGruder earning all-defensive and Ahlise Hurst earning the honorable mention distinction.

UNM added six postseason Mountain West honors with a conference-high three all-conference players in Antonia Anderson, Shaiquel McGruder and Jaedyn De La Cerda, an honorable mention in LaTora Duff, an all-defensive player in McGruder and an all-freshman in Paula Reus. The Lobos have had 14 conference selections in the last two seasons.

Prior to coming to UNM as the video coordinator, Denham spent 2016-17 as a graduate assistant at Lourdes University in Sylvania, Ohio. The year before, Denham was putting the finishing touches on her collegiate career at Wright State where she played for current UNM head coach Mike Bradbury 2013-16 (she started her college career at Michigan before transferring to Wright State).

While at Wright State, Denham was part of the winningest team in school history and helped the team win the 2014 Horizon League championship. In 2015 she was named to the Horizon League All-Tournament Team. As a senior in 2015-16, Denham was the team captain and the SAAC representative. She later graduated with a Bachelor of Science in business finance and economics from Wright State and earned her MBA in December of 2017 from Lourdes University.