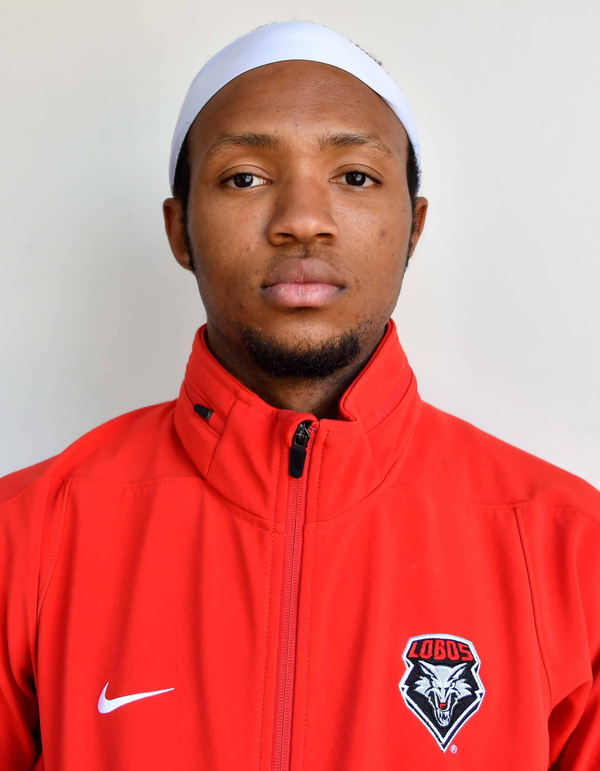 Outdoor Track & Field (Sophomore): Earned USTFCCCA All-American recognition as a member of UNM’s 4×400-meter relay squad which ran a time of 3:06.71 minutes at the NCAA Championships…Mountain West champion as a member of the 4×400-meter relay squad, which won the conference meet with a time of 3:09.68 seconds on May 14…finished fourth in the 200-meters at the MW Championships with a time of 21.25 seconds…competed in eight meets during debut outdoor season with the Lobos…named academic all-conference…named a Mountain West Scholar Athlete.

Indoor Track & Field (Sophomore): Won his preliminary heat of the 60-meters at the Mountain West Indoor Championships with a time of 6.74 seconds…competed in four meets during debut season with the Lobos.

Outdoor Track & Field (Freshman): NJCAA All-American in the 400-meters, finishing as the national runner-up with a time of 46.81 seconds on May 13…ran a season-best 400-meters time of 46.62 seconds on April 22 at the Don Kirby Tailwind Open…competed in five meets during the outdoor season.

Indoor Track & Field (Freshman): NJCAA national champion in the 400-meters, running a time of 47.35 seconds at the indoor championships on March 7…also earned All-American honors as a member of the 4×400-meter relay squad, which finished as the NJCAA national runner-up with a time of 3:12.28 minutes…competed in seven meets during the indoor season.