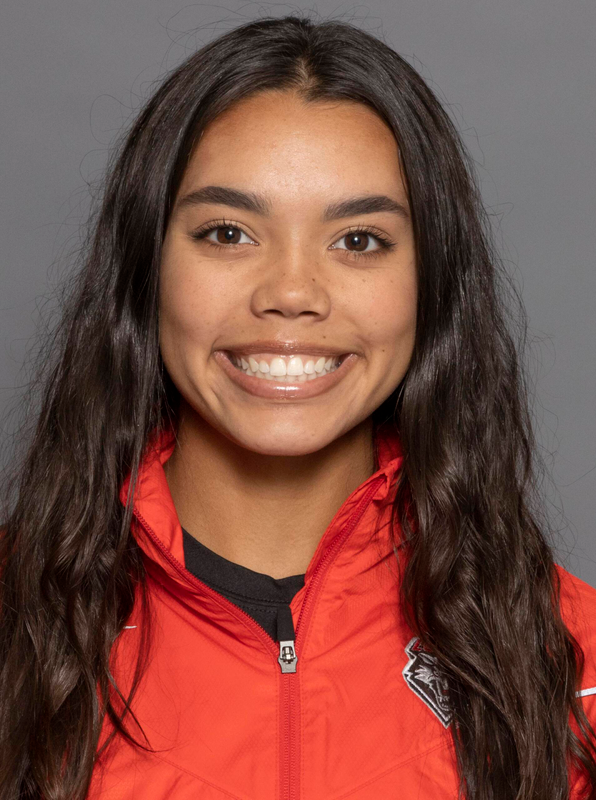 Outdoor Track and Field (Freshman): Competed in eight meets during debut collegiate outdoor season…posted a season-best long jump mark of 10’ 0.5” on April 15 at the Bryan Clay Invitational…ran a season-best time of 25.80 seconds in the 200-meters on April 7 at the St. Pius Distance Festival…won the triple jump at the Don Kirby Tailwind Open on April 21…competed in the triple jump and long jump at the Mountain West Championships…placed fifth in the triple jump with a mark of 40’ 6”…academic all-conference selection…named a Mountain West Scholar Athlete.

Indoor Track and Field (Freshman): In first season with the Lobos competed in six indoor meets…posted four top-five finishes…notched a season-best mark of 40’ 11.5” in the triple jump for a fifth-place finish at the Mountain West Championships on Feb. 26…competed in the long jump and triple jump.

Aviano High School: Competed on varsity track and field teams…qualified for State Championships since the seventh grade…in 2019 won the 5A New Mexico triple jump state title with a jump of 38’2″…was a member of the Italian Atletica Brugnera Pordenone Friul Intagali track and field team.