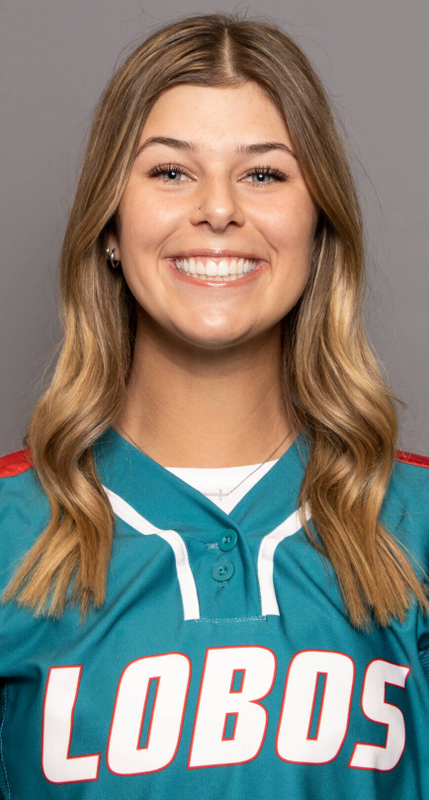 SOPHOMORE (2022): Appeared in five games as a pinch hitter… recorded two hits with four RBI… hit a pinch-hit three-run home run at New Mexico on March 22 for her first collegiate home run… hit against Tarleton on Feb. 27 ended the game in a run-rule win… also drew a walk in her pinch hit against Maine on March 12… finished with a .500 batting average, .600 on-base percentage and 1.250 slugging percentage.

FRESHMAN (2021): Played in four games with one start as the designated player … recorded first hit against Utah State on May 14 … finished with two hits on the season … also tallied two walks (against Oklahoma on Feb. 27 and at Utah State on May 15).

PERSONAL: Born Aug. 23 in Portland, Ore. … parents are Amy and Ben Braun … has one sibling, Cole … played club ball for the Oregon Thunder 01 … intends to major in exercise science.

ON WHY UNM: “I loved the team culture and the program Coach Congleton has been developing!”