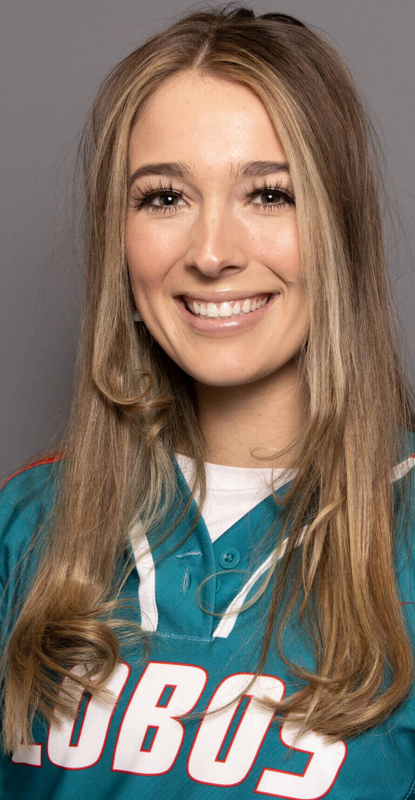 SENIOR (2022): Played in 51 games with 50 starts, all at first… finished with 34 hits, six doubles and reached on 11 walks… drove in 14 runs… also hit three sacrifice bunts and two sacrifice flies… three games with two RBI… went 3-for-4 at Dixie State… hit a sacrifice fly for the game-winning run in the win against UTEP.

JUNIOR (2021): Started in 34 games, 33 games at first base, one as designated player … finished with 18 hits, seven RBI, seven doubles, four walks, one sacrifice fly and one sacrifice bunt … registered career-high three total bases against Boise State on April 24 and tied career high with two RBI against Southern Utah on Feb. 20 … led team in putouts with 216 and fielding double plays with 14 … fifth on the team in slugging percentage at .294, second in hit-by-pitches (five) and fourth in doubles … recorded two multiple hit games and one multiple RBI game.

SOPHOMORE (2020): Played in 16 games, starting in 14 … played 11 games at first base and three games as the designated player … finished with eight hits, four runs batted in, one double, one walk and one stolen base … posted a batting average of .211, an on-base percentage of .214 and a slugging percentage of .237 … recorded her first hit as a Lobo on Feb. 8 at Grand Canyon … recorded one multiple hit game and one multiple RBI game, against Northern Colorado on Feb. 14 … at one point had a six-game hitting streak that went from Feb. 14 to Feb. 22 …  named to the Spring 2020 Academic All-Mountain West Team.

FRESHMAN (at TOWSON): Played in 10 games, starting in six … finished the season with a .158 batting average … had one run on three hits and one double on April 3 vs. Morgan State.

PERSONAL: Born March 20 in Portland, Ore. … parents are Jeff and Angela … has two siblings, Kailynn and Berkleigh … father played baseball at Oregon State as a pitcher and was coached by Pat Casey … majoring in secondary education.