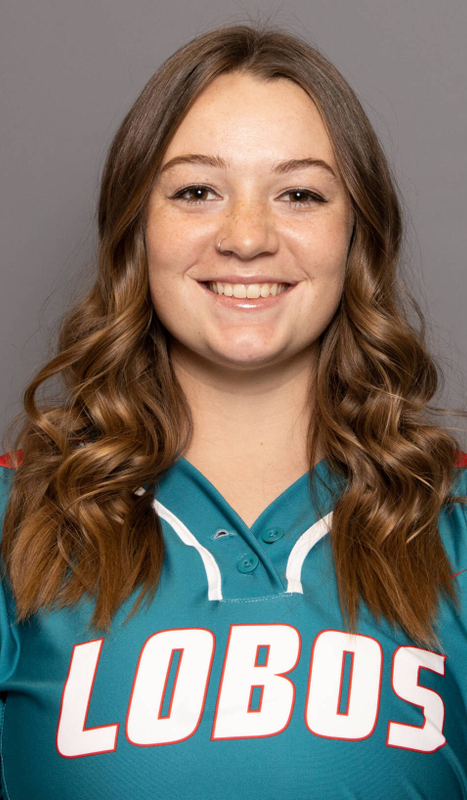 SENIOR (2022): Appeared in 39 games with 22 starts… threw 148.2 innings with six complete games and a save… struck out 109, walking 51… struck out 11 batters in her first game of the season, a shutout, complete game against Southern Utah… nine games striking out five or more hitters… 27 games with multiple strikeouts… five games of pitching 3.0 innings not allowing a walk… eighth in the MW in batters struck out, sixth in batters struck out looking (36)… sixth in MW in innings pitched.

SOPHOMORE (at MONTEREY PENINSULA COLLEGE, 2020): Finished with a 4-1 record and struck out 48 batters in 31 innings of work before the season was cut short due to the Coronavirus … compiled a 0.66 ERA … at the plate, she posted a batting average of .381.

FRESHMAN (at HOUSTON BAPTIST, 2019): Completed a 9-7 record with 93 strikeouts in 133.1 innings … tossed a season-high 10 strikeouts in 4.0 innings against Jackson State while also not allowing a hit and giving up just one walk to register her first collegiate win … threw another no-hitter against Incarnate Word in 4.0 innings in the circle, striking out four while again allowing just one walk … at the plate,  recorded four hits, one going for a double, and reached base four times via a walk … selected as the Southland Conference Pitcher of the Week after pitching two shutout wins, striking out 13 hitters and holding opponents to .133 to open conference competition

ON WHY UNM: “I chose UNM because the coaches and I have a common mentality of wanting to dominate every time we’re on the field. I wanted to be apart of a culture that is pushing to be the best, no matter who we face.”