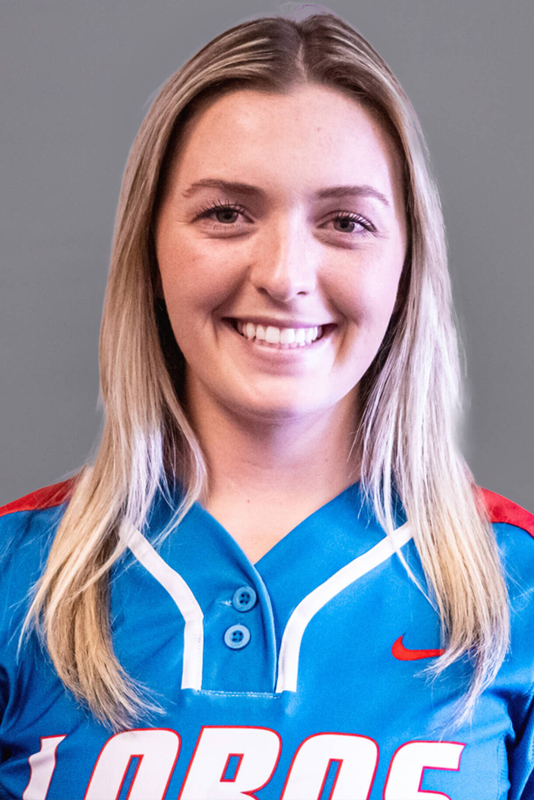 FRESHMAN (2022): Started in all 46 games that she played in, playing 25 games at third base and 21 games at shortstop … finished with 34 hits, including four doubles and six home runs… reached base on 11 walks… accounted for 24 runs and 23 RBI… posted six multiple RBI games and 10 multiple hit games… had a nine-game on-base streak during the season… fourth on the team in slugging percentage (.403),  fifth on the team in batting average (.245)… tied for third in RBI, tied for fourth in runs scored, fourth in home runs, fifth in total bases (56)… named MW Freshman of the Week on Feb. 22.

CLUB: Played for the So Cal Choppers.

PERSONAL: Born Jan. 20 in West Hills, Calif. … parents are Tiffany and Mike … has one sibling, Anthony (AJ) … undecided on major.

WHY UNM: “ I really liked Coach Congleton and the atmosphere of the campus. I love the camaraderie of the girls and the uniforms are pretty sick!”