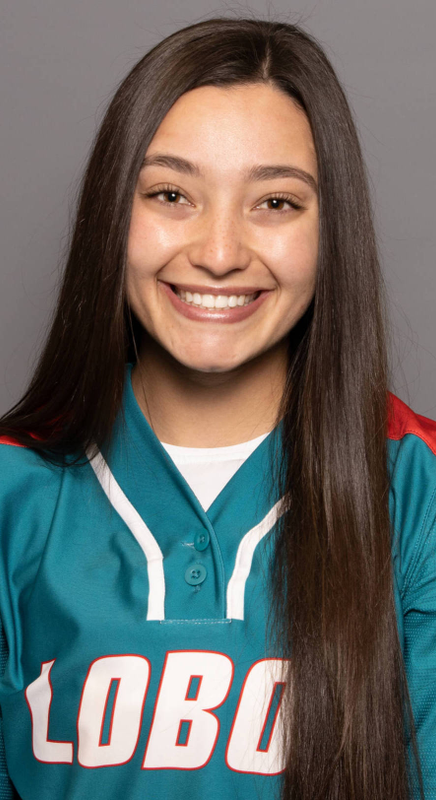 SOPHOMORE (2021): Started in 43 games, 19 games at third base and 24 in left field … finished with 19 hits, 10 RBI, five doubles, one triple, one home run, 13 walks and five stolen bases … .297 on-base percentage and .284 slugging percentage … three multiple hit games and one multiple RBI games on the season … finished the season on a four-game hitting streak … fifth on the team in on-base percentage, doubles, fielding double plays (four) and RBI … tied for second in stolen bases, tied for third in triples and hit-by-pitch and third in walks and assists (43).

PERSONAL: Born Sept. 10 in Albuquerque … parents are Chris and Erica Martinez … has two siblings, Savana and Mia … played club ball for the New Mexico Sundancers … was a platinum national qualifier in 2018.

ON WHY UNM: “Well first of all, as soon as I walked into the office and talked to Coach Congleton and Coach Tyler (Heil) it felt like home. It was a very welcoming environment that I fell in love with instantly. Secondly, I feel like Coach Congleton and Coach Tyler are gonna do great things for this program which is why when given the opportunity makes me wanna work harder to show what New Mexico softball has to offer. It has improved so much already I can’t wait to come in and help contribute to such a program that is equally as focused and committed as I am. I am honored to play for great coaches and I can’t wait to play with amazing girls that love the game as much as I do!”