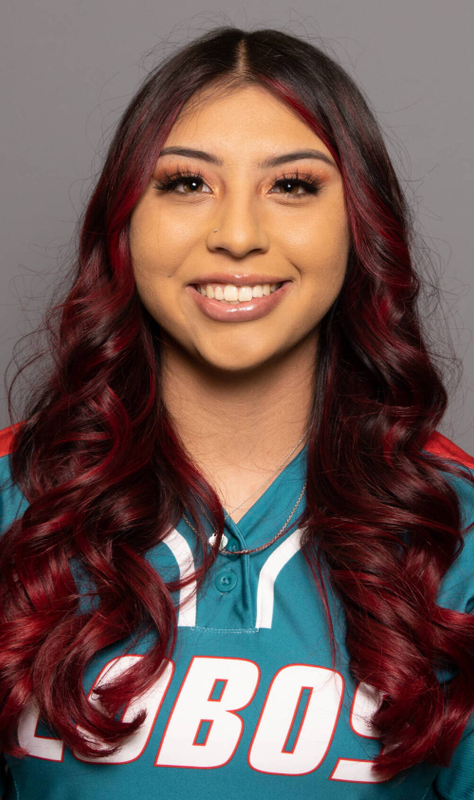 FRESHMAN (2022): Played in 12 games with five starts… started two games as designated player, two games at third, one game at catcher… recorded her first collegiate hit against Wagner College on March 4, a double.

WHY UNM: “The culture and diversity. I wanted to go somewhere where I know I was going to fit in perfectly. Seeing the coaching staff, the competition and dedication just made me want to strive to work harder. Also I wanted to go somewhere that would benefit my career in the future. For being the first in my family to attend college is also why because I’m starting a generation here at UNM. GO LOBOS!”