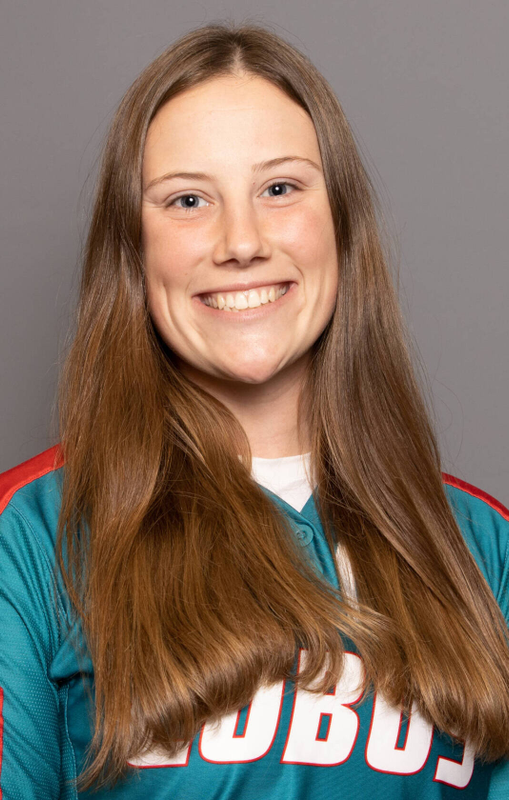 SOPHOMORE  (2022): Appeared in nine games with a start against Creighton… threw 15.2 innings with three strikeouts… struck out two hitters in 5.0 innings of work against Alabama, allowing three runs on four hits and walking one… earned a win against UCSB.

FRESHMAN (2021): Appeared in 24 games with eight starts … first collegiate start was against Seattle on Feb. 19 to start the season … posted one complete game … threw 56.0 innings, allowing 84 hits, 48 runs (42 earned), walking 20 and striking out 24 … second on the team in ERA with 5.25 … earned a save at UNLV on April 17 … earned first win against San Jose State after throwing a complete game … registered a season-high four strikeouts against Southern Utah on Feb. 21.

PERSONAL: Born Dec. 14 in Bellevue, Wash. … parents are Doug and Heather Roberts … has one sibling, Amelia … played club ball for the Sundodgers… intending to major in elementary education.

ON WHY UNM: “I chose UNM because I wanted to play for a competitive program, at a big university, with coaches who have big goals. Also, Albuquerque is so beautiful and it instantly felt like home.”