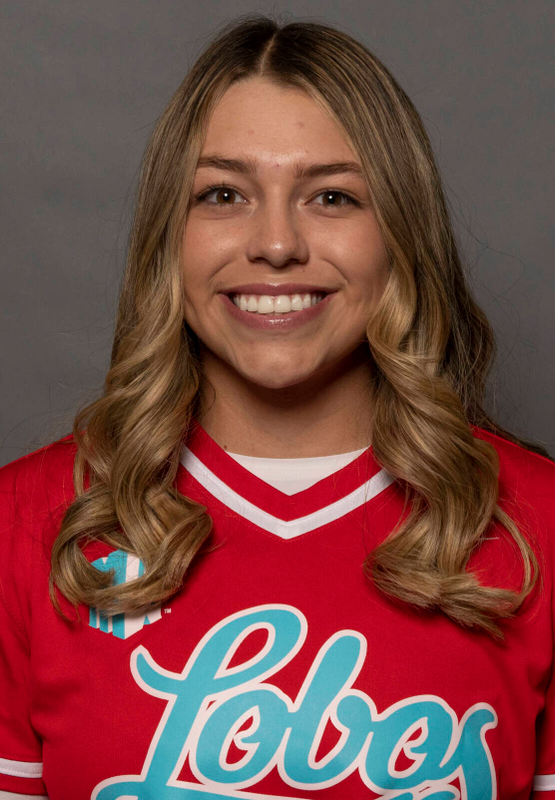 FRESHMAN (2022): Started all 53 games, playing 51 games at second … recorded 56 hits on the season, with nine doubles, one triple and two home runs… reached base on 20 walks and had one stolen base… accounted for 21 RBI… third on the team in batting average (.326), slugging percentage (.424), on-base percentage (.405) and walks … second on the team in total bases (73), hits and doubles… led off in 29 games and hit second in 21 games… season-high four RBI on two home runs on April 15 against Fresno State … posted 15 multiple hit games (12 with two hits, 3 with three hits) and five multiple RBI games… had a 13-game hitting streak and ended the season on a four-game hitting streak, as well as a 22-game streak of reaching base… selected to the All-Conference First Team… named to the Academic All-MW Team.

HIGH SCHOOL: Graduated from Cleveland HS in 2021 … softball letterwinner and cheered at the varsity level for two years … led Cleveland to the 5A state title her senior season … member of the honor roll all four years … four-time second team all-district … named academic all-district all four years.

CLUB: Played for the TX Bombers 18U National Gold- Carp.

PERSONAL: Born Sept. 30 in Rio Rancho … parents are Tammi and Adam Archuleta … has one sibling, Amber … mother graduated from the school of nursing at UNM … majoring in biochemistry.

WHY UNM: “It’s my hometown and I want to represent where I come from.”