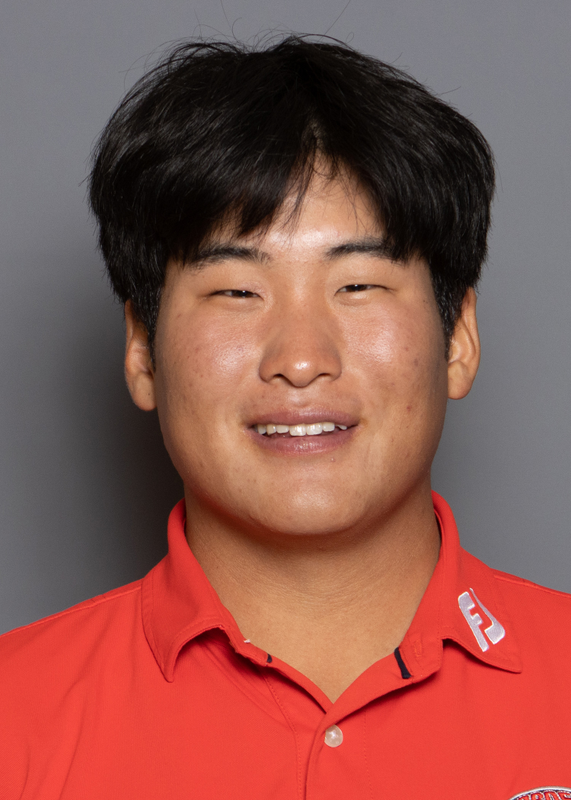 JUNIOR (2020-21): Named NCAA DI Srixon/Cleveland Golf All-American Scholar … named to the PGA TOUR University Class of 2022 Summer Rankings … named PING All-American Honorable Mention … named PING DI All-Region … named Mountain West Golfer of the Week on March 25 … named to the 2021 All-MW Team … finished the season ranked No. 29 individually in the nation by GolfStat … tied for first overall at the 2021 Mountain West Championships … led UNM in five of the Lobos’ eight tournaments … led the team with 70.83 strokes per round … 22 of his 24 rounds counted toward the team score for a 91.67 counted rounds percentage … low round of 66 came at the Mountain West Championships … posted three top-five finishes and six in the top 20 … named to the 2020-21 Mountain West All-Academic Team … named a 2020-21 Mountain West Scholar Athlete.

SOPHOMORE (2019-20): Two-time Mountain West Golfer of the Week … named GCAA PING DI All-Region … named to 2020 Arnold Palmer Cup Team … registered three top-5 finishes on the season including first at the John Burns Intercollegiate, third at the Arizona Intercollegiate and fifth at the Maridoe Intercollegiate … clinched his first collegiate tournament overall victory at the John A. Burns Intercollegiate hosted by Hawaii on Feb. 20-22 … Registered a career-low round score of 66 three times in his sophomore season … led the Lobos In five of their eight competitions on the season, three of which were the last three straight … his low round of 66 also marked the best for a Lobo, tied with two teammates … named GCAA Academic All-American Scholar … named 2020 Mountain West Academic All-Conference … named a 2019-20 Mountain West Scholar-Athlete.

FRESHMAN (2018-19): Named 2018-19 Mountain West Co-Freshman of the Year … earned a spot on the 2018-19 Mountain West All-Conference Team … tied for 10th in the Mountain West rankings … competed in 11 tournaments and posted the second-best average on the team with a 72.18 … clinched two top-5 finishes on the season along with three top-10s and six top-25s … tied for third at the PING Cougar Classic to mark his top finish of the season … finished below par in five tournaments and carded a low round of 66, tied for second best on the team.

PERSONAL: Born on June 3 in Seoul, South Korea to father DooYoung Choi and mother HyeSook Lim … has one sister, Hesed Lee … major is communication … hobbies include singing and dancing … favorite athlete is Jay Choi … favorite movie is The Notebook … favorite food is his mother’s home-cooked meals … chose UNM because he had a “good feeling” about the school … was nicknamed ”The Big Sam” in high school.